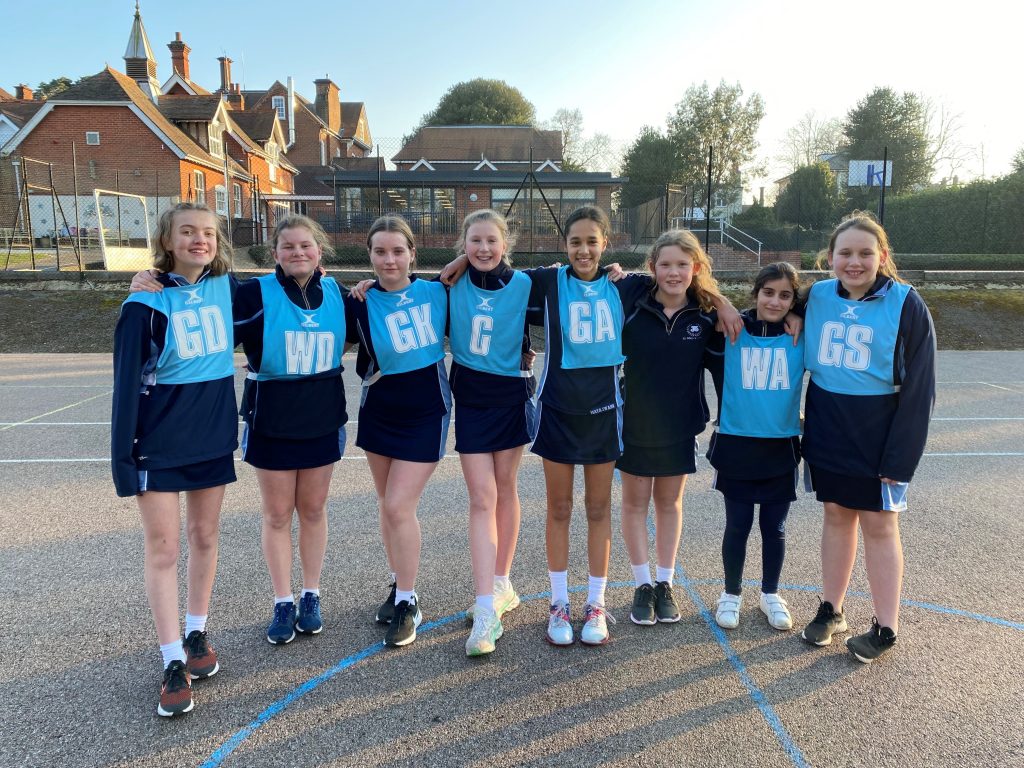 The Year 8 netball team played Colchester High School on Tuesday, winning 21-5. A convincing victory, due to some excellent defence and attacking play that dominated play for the majority of the match. Congratulations to all who played!

St Mary’s Sharks played a very good game on Tuesday against The Colne. Our offence was strong, with a tough defence however their attack was stronger and at half time the score was 16-10 to The Colne, in the second half we came back more motivated and energetic than before, throughout the last quarter we managed to close the gap between us resulting in a final score of 26-24 to The Colne.

Year 8 played three matches at the tournament on Wednesday evening and were on good form throughout. They all played with their usual vigour, determination to win and team spirit. Super attacking play from Maya and Evie (in particular) who converted these opportunities into goals lead to the following three victories and results:

On Thursday the 10th March, the Year 9 netball team played an away tournament at the Gilberd. We played 2 matches against TLA and Thurstable and won both. The scores were 4-0 and 7-5. Everyone played really well. Isabelle scored some unbelievable goals, Imogen made some amazing interceptions. Overall, we all played really well, and you can definitely see how well we have progressed as a team in last couple of years.