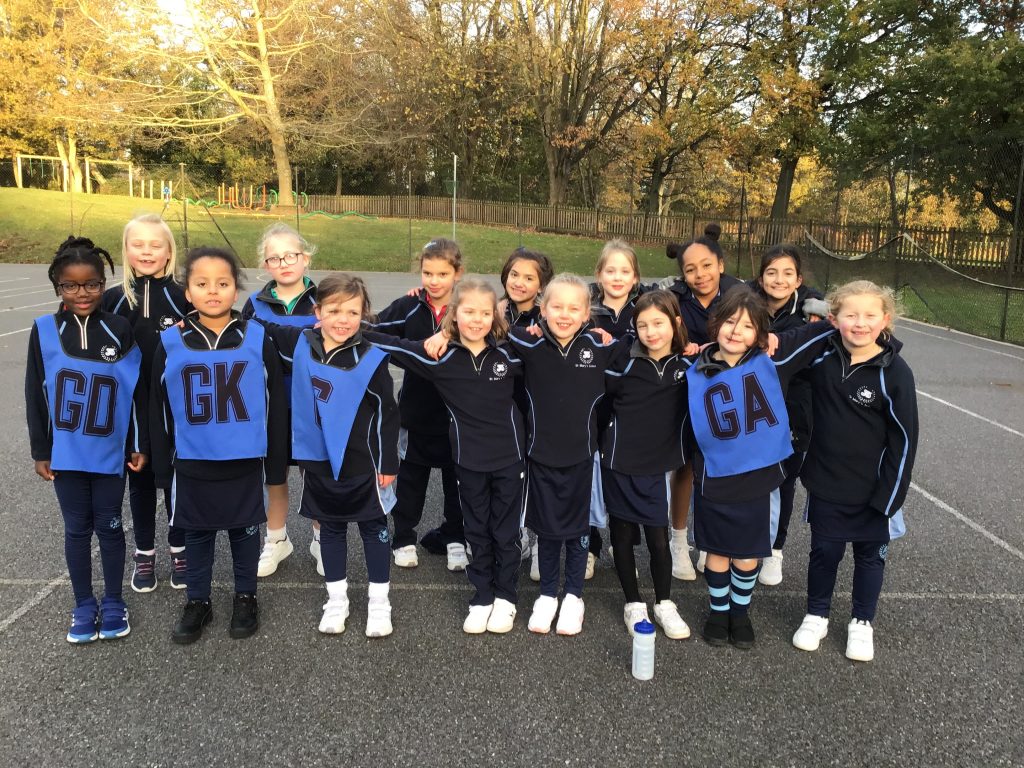 A fabulous day was had by the Year 5 and Year 6 cross country team at the Cut Hedge Cross Country event at Gosfield. The girls all did brilliantly, with Jodie coming away with a silver medal, and Phoebe finishing 6th, Rosie 13th, Amber 11th, Kitty 30th and Elsa 31st. The team achieved an impressive 2nd position which is the Lower School’s best ever result! Well done girls.

A fun and cold afternoon of netball on Thursday afternoon. Holmwood House joined us for some friendly matches to help the girls learn High 5 Netball. All the Year 3 girls played in two teams, getting some valuable coaching tips along the way. For most of them it was their very first game. The score was not recorded as the ethos was about participation.

Sofia was named as player of the match for the Year 3 A team and Ava for the B team.

Year 4 played a slightly more competitive game which ended in a 6-6 draw.

Poppy A named as player of the match here.

The girls all earned themselves a very welcome hot chocolate and cookie to warm up. Thank you for all the parents who gave their support.