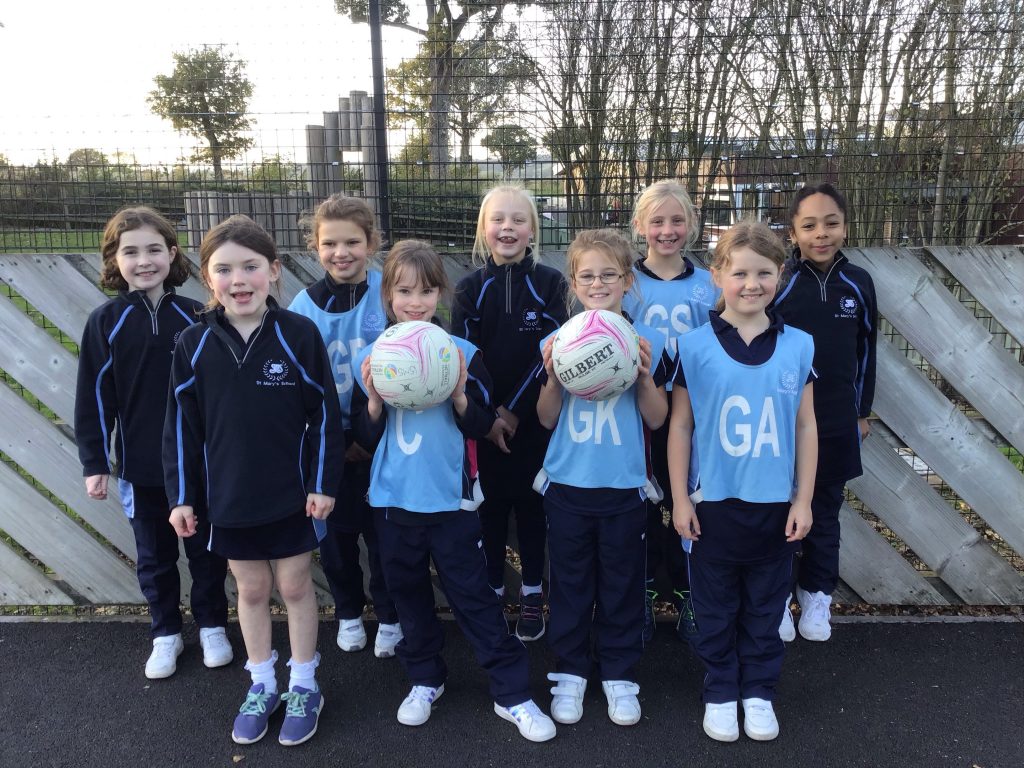 Under 9 Netball Tournament at Littlegarth School

On Monday 8 November, an excited squad of Year 3 and Year 4 players travelled to Littlegarth School to play in their very first netball tournament.

It took them a little while to settle into their rhythm, losing the first game to Finbourough School, and then their second game by 1 goal to Littlegarth. But then they found their form and went on to beat St Margaret’s Prep School and Woodbridge School. We ended up narrowly missing the semi-finals by 1 point.

Well done to Nancy, Lucy, Emily, Poppy, Eloise, Olivia, Poppy, Lily and Sofia. Mrs Lilley was really proud of their play and their approach to the afternoon. Thank you for all the parental support at the matchs.