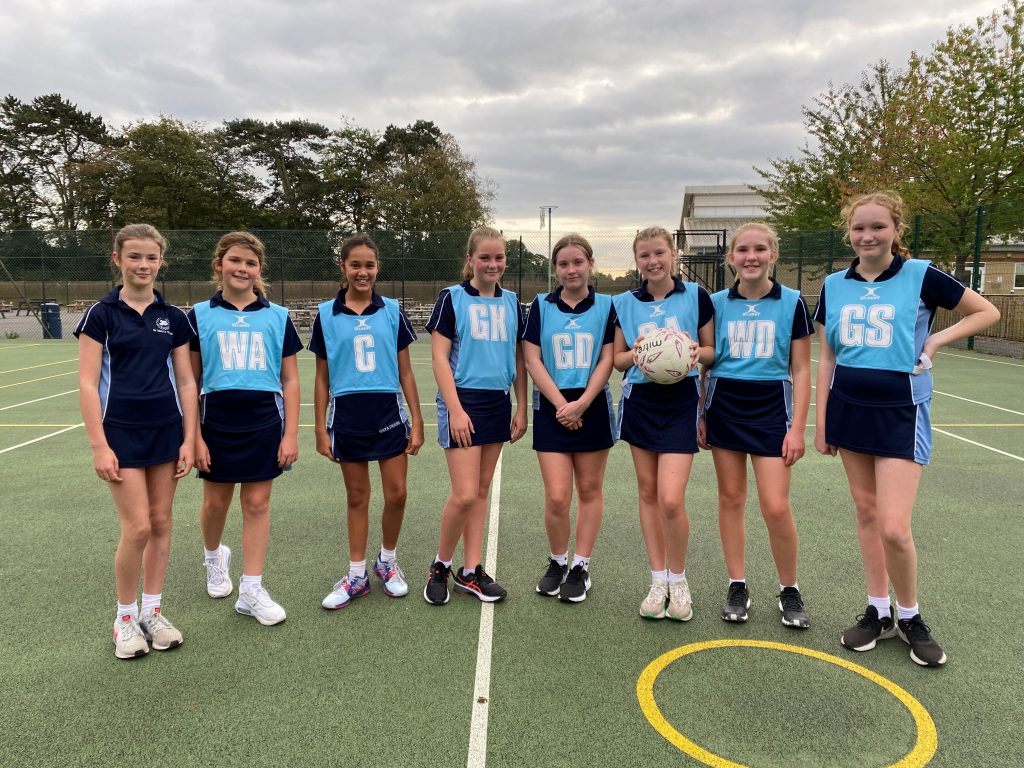 Netball tournament at The Gilberd School

The Year 9 (U14) team played in a tournament at the Gilberd School. Given that these were their first matches for a while and back playing as a team, they performed quite well, particularly in the centre court in attack. Defence was also strong in places.

The girls’ first match v Stanway was a 1-1 draw; the second match v St Benedict’s College saw the team win 2-0; their third match v Colchester County High School for Girls was a 5-2 loss; and the fourth and final match v Gilberd School was a 2-2 draw.

The girls were narrowly beaten on points to come third in the pool and were therefore unable to progress to play offs.

Year 8 played CCHS in a friendly match on Thursday 14 October, winning 11-1. There was some great attacking play, particularly from Maya. We saw the ball in our possession for a good proportion of the match, converting into some great goals by shooter Evie who was voted player of the match by the opposition. There was some super defence work too from Eva and Izzy. Well done to all who played.

Year 10 managed to pull together a team for our friendly against Colchester County High School for Girls on Thursday 14 October, but unfortunately lost 11-7. Despite the result, there was some fantastic shooting by Scarlet and Ellen. Good attacking play by all girls and nice to be back playing fixtures again. Well done to all players.