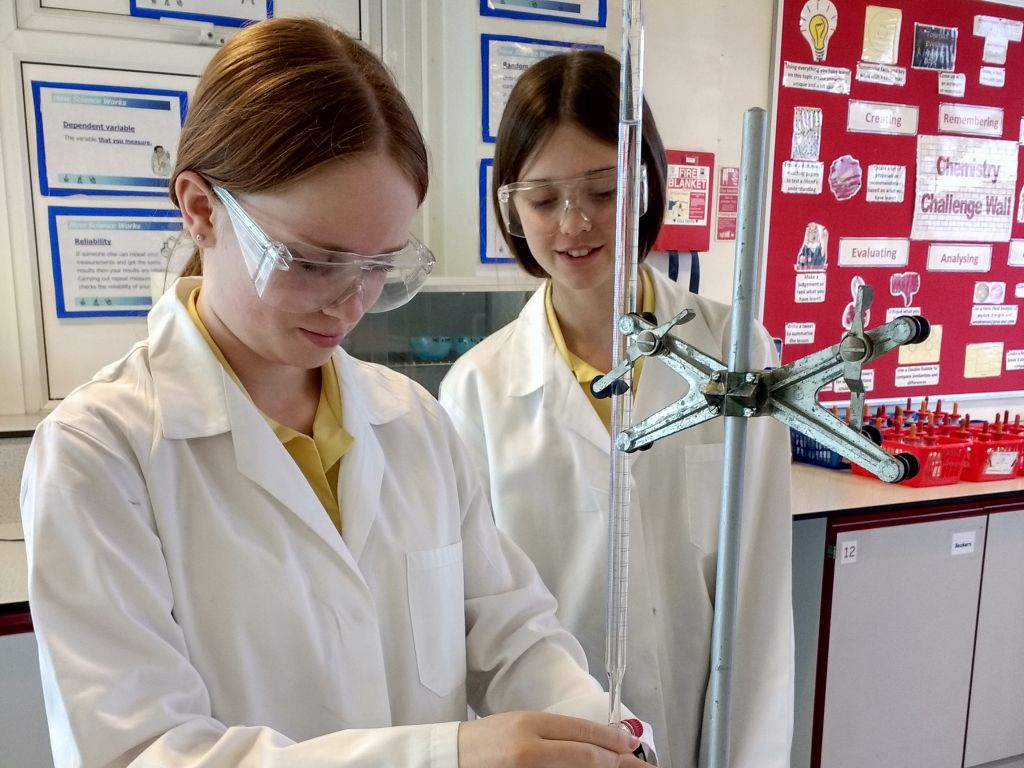 Hands-on science has been the theme of this year’s Science Week, 9-13 March, with practical sessions and activities running throughout the week to raise the profile of the many STEM careers that girls can aspire to. Women are still incredibly under-represented in these areas and St Mary’s wants to see that change.

The week began at the Senior School with a visit from top fingerprint expert Mike Spore, who demonstrated to Year 8 some key forensic science techniques. Six of St Mary’s Triple Scientists came second at Ipswich High School’s Science Week Competition, where they were challenged with three practical experiments from the A-Level curriculum in biology, chemistry and physics. Providing the students with an introduction to dozens of careers in the NHS, Medical Mavericks delivered some fantastic hands on workshops to Years 9-11, where the girls tried keyhole surgery, looked inside their bodies with an ultrasound machine and took pictures of the inside of their eye!

Strong-stomached students had a go at dissecting a heart with Biology teacher, Mrs Murray, and Kimmy’s Zoo ran a fun, interactive session for Year 7s. They brought along an array of exotic animals including a Chilean rose tarantula, boa constrictor and a very cute armadillo! Throughout the week, students in Years 9 and 10 also took part in the national Biology Challenge, organised by the Royal Society of Biology.

Lower School pupils participated in a series of exciting hands-on Science and Design/Technology challenges to give them opportunities to learn by exploring the world around them. The girls in Year 1 and 2 became ‘Plant Detectives’, looking at where plants grow around the school grounds. They also explored whether bubbles could be blown in different shapes, sizes and colours.

The junior pupils were tasked with building a bird’s nest and designing and constructing a strong and sturdy bridge from a limited selection of materials, working together and testing their models to see if they had been successful. Years 1-6 took part in forensic science workshops, where they were given a ‘crime scene’ to investigate, looking at evidence to work out who the suspect was.