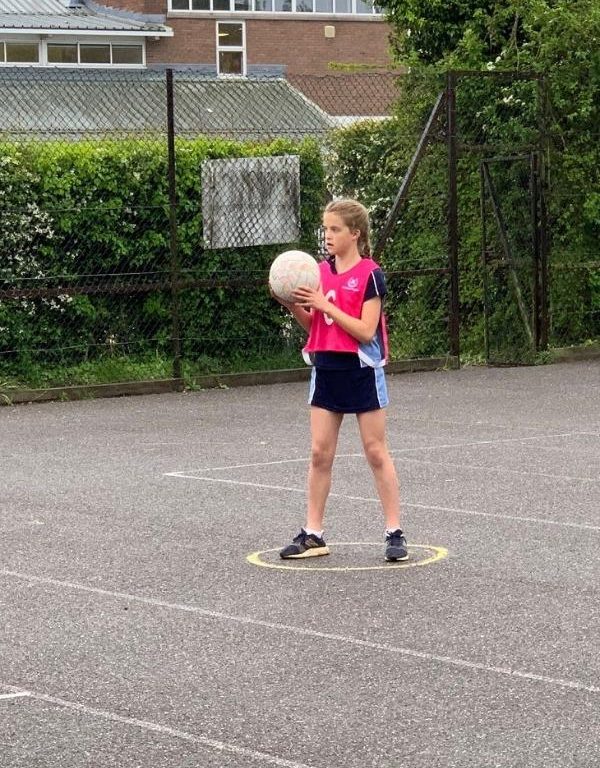 Their dedication to training, their ever improving skill level and their commitment to the team have been instrumental in their performance this year.

In March, the girls won their section of the Colchester and Blackwater School Sports Partnership tournament. Colchester High School were the winners of their section. The two teams needed to play off to decide which team will represent the Partnership at the Essex School Games at the end of June. On a drizzly Friday afternoon, we travelled to Thurstable School to meet our opponents.

The rules of High 5 netball dictate that players must follow a strict order of rotation to ensure all players play the five different positions. This means that versatility is vital. Seven of the Year 6 squad were selected to play and after seven minutes of play, at quarter time we were leading 10 -0. The team were focused and well-practiced showing smooth passages of play and consistent scoring. At the end of each quarter the girls rotate into different roles, thus playing in unfamiliar positions. This did not phase the girls and they stormed ahead to win convincingly with a final score of 23-1.  Player of the match (voted by the opposition) was Bea. The team consisted of Bea, Grace, Imogen, Isobel, Isabelle, Hetty and Emily.

We look forward to the Essex School Games, which takes place at Basildon Sporting Village on Thursday 27 June.