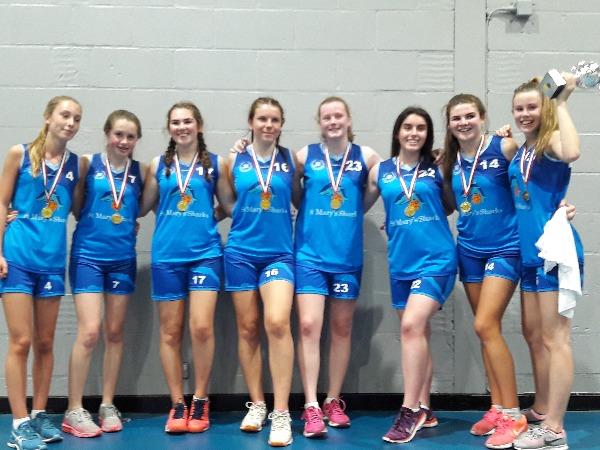 St Mary’s had double success on Thursday 28 February at the Basketball District finals with our Year 9 and Year 11 teams both becoming District Champions! 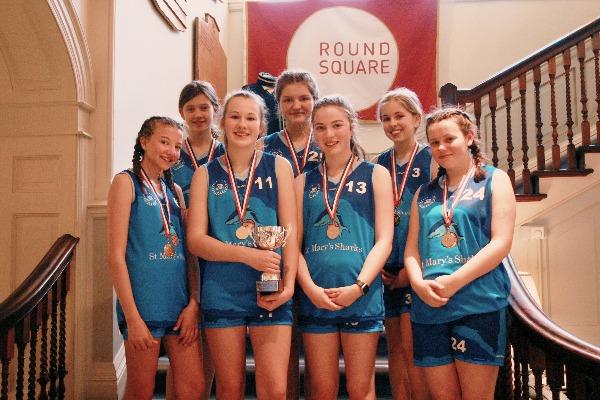 The Year 9 Basketball Team led against TLA from the start and secured a fantastic win of 14-10, achieving the accolade of District Champions. Huge congratulations to Amelia, Claudia (awarded Referee’s Player of the Match), Emily, Eve, Lily, Maddie and Pippa who all played a great game!

A nervous yet determined Year 11 team played their District Basketball final against St Benedict’s College – a positive start soon settled the nerves and the team were 8-4 up by then end of the first quarter. We continued to build the pressure in attack and were very tight in defence which enabled us to increase their lead. Some excellent defensive work from Clemmie and Luna ensured the team had lots of opportunities which both Gi (who also gained the Referee’s Player of the Match award) and Tabby took. Strong team play and ball carrying from Amelia, Abi and Romy paired with some great rebounding from Molly, saw a superb team effort with a final score of 28-14. Well done to all who played – District champions five years running!