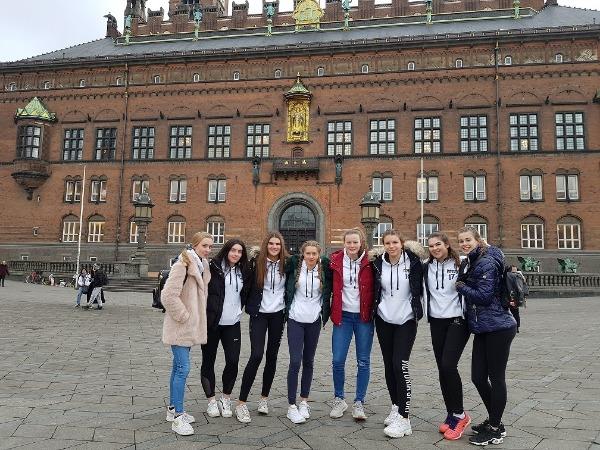 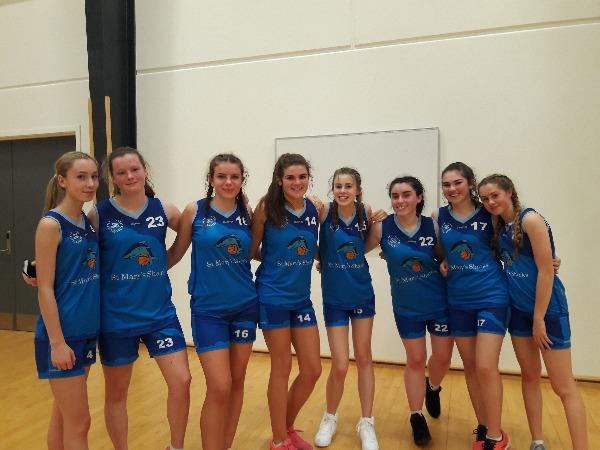 Our very enthusiastic, yet nervous Year 11 basketball team made the trip to Herlufsholm School in Demark on Friday 1 February for the Round Square International Basketball Tournament.  After arriving at the school and having our evening meal the students were able to have a one hour practice session, enabling them to get a feel for the size of the court and backboards, which helped to settle their nerves.

Our first game was against last year’s finalists from Switzerland, Beau Soleil. We started really well, taking Beau Soleil by surprise! The game soon settled down and with just one minute to go, Beau Soleil took the lead – a shot from us in the last 30 seconds unfortunately ran round the rim of the goal but didn’t go in. Beau Soleil took the rebound and scored at their end, resulting in our first loss 14-18.

Pleased with their play and at how close we had come to beating Beau Soleil, the girls were keen to get back on court. A long break followed and the students struggled to maintain focus. As a result, we started very slowly against Windermere School, allowing them to score too many baskets in the first two quarters. With a sudden re-emergence of energy, we took command of the court in the second two quarters, but were unable to pull back the lead, losing 10-14.

Playing against the host school, St Mary’s started positively – keen to improve on our slow start in the previous game, our general court game was evenly matched with Herlufsholm’s.  We were unfortunately unable to make our opportunities count, as shot after shot was missed or blocked. Herlfsholm made the most of the rebounds and won 3- 13, although the score line was not indicative of the game.

Our next game against Swiss school Aiglon College saw us working hard in defence, which in turn gave us several opportunities to score – but unfortunately again, our shots just weren’t going in. It was however great to see the girls making Aiglon work for every ball, putting them under pressure in defence as well, something some of the other teams didn’t really do. Final score was 2-22.

We made it through to the play-offs, spurred on by our play against Aiglon, we took our revenge on Windemere, scoring 13 points to their 7, giving us an overall fourth position.

Congratulations to Amelia, Luna, Tabby, Molly, Clemmie, Gi, Romy and Abi who they held their own and delivered some competitive games on court against their opposition, many of whom were sixth form students.