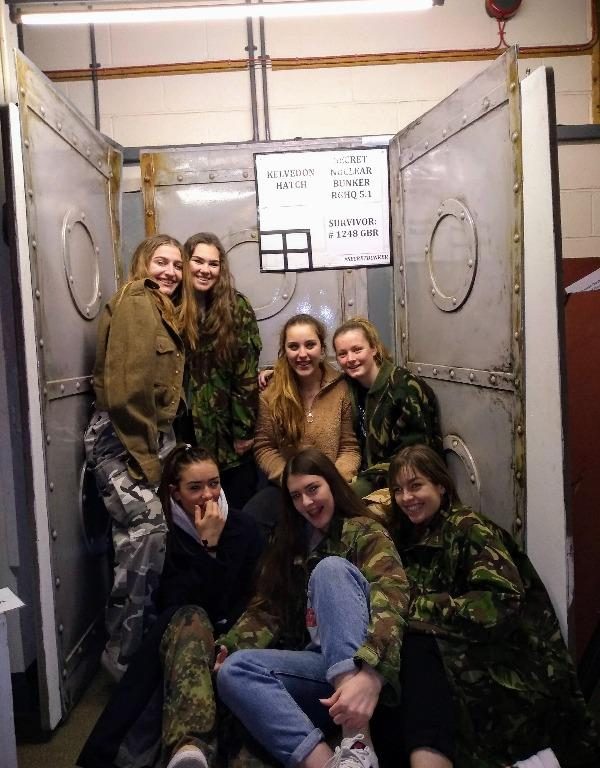 The Year 11 GCSE Historians visited Kelvedon Hatch Secret Nuclear Bunker on Thursday 10 January as part of their studies into Essex and the Cold War, for their ‘History Around Us’ examination topic.

They descended over 100 feet beneath the Essex countryside, where they learned about the development of the site from the 1950s until it was closed in the 1990s, and what preparations there were in the event of a nuclear attack on England. They tried on some authentic military clothing, saw the original rooms and equipment which would have been used to attempt to govern what was left of the country after a nuclear strike, and thought about how this recent past has been interpreted in the modern day.

The students found it an eye-opening experience and gave them real insight into how much modern technology has changed and how close we may have come to annihilation!