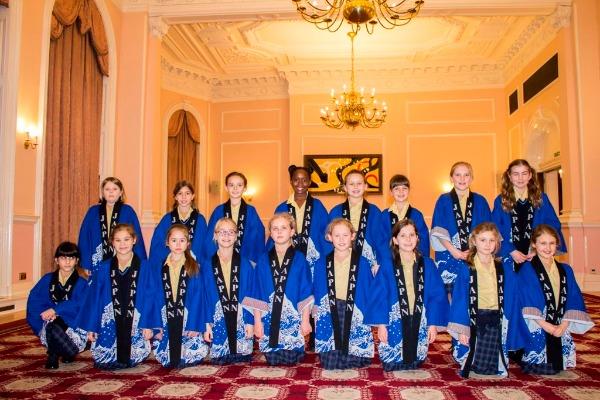 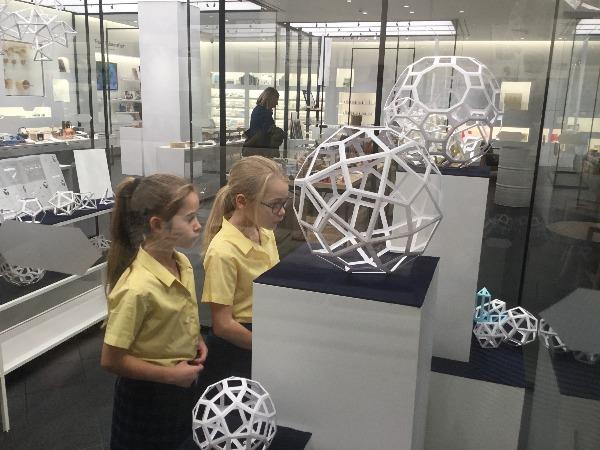 Year 5 visited Japan House in London on Thursday 29 November, where they examined many artefacts designed by contemporary Japanese artists as well as observing the Takeo Paper Show, an exhibition of artwork created with paper in various sizes and forms.

Later in the day, a visit to the Embassy of Japan gave the girls an insight into Japanese life. They took part in ‘Club Taishikan’, a workshop for students which introduced them to the ancient art of calligraphy, where they were able to practice writing Japanese Kanji characters using brushes and ink. 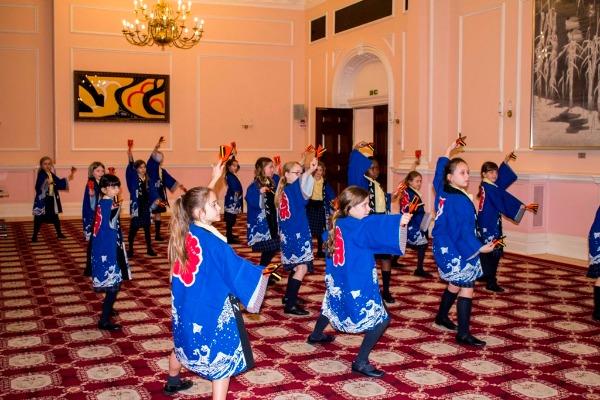 They also took part in traditional dancing, including the Yosakoi ceremonial group dance. Dressed in happi coats, they had mastered an impressive dance routine by the end of the session.

The pupils thoroughly enjoyed the day and expanded their knowledge of Japan, its geography and culture.