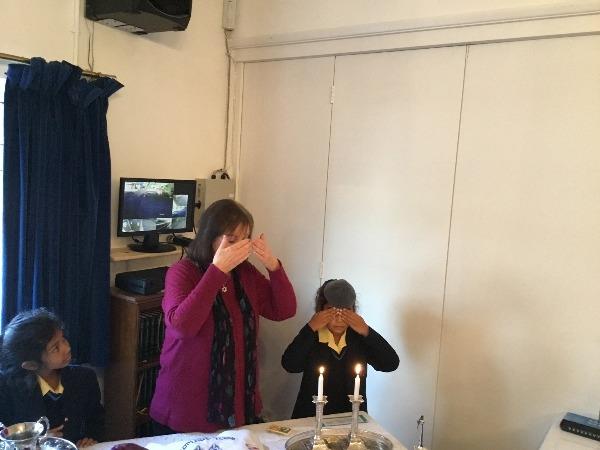 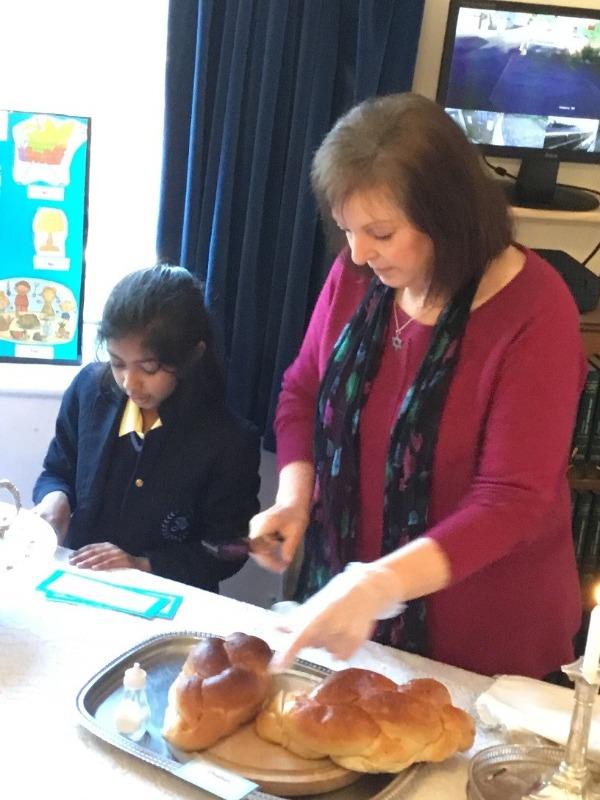 As part of their RE topic on Judaism, Year 3 visited Colchester Synagogue on Tuesday 13 November. The girls were shown around by Mr and Mrs French who talked to them about the Jewish faith and showed them some very important artifacts.

The girls were shown the first part of the Jewish Bible, the Torah inside the Ark and Mrs French explained the significance of the 12 jewels on one of the covers – these indicated the 12 tribes of Moses. Mr French shared some interesting facts about the Torah, describing it to be as long as a football pitch! The pupils learnt that the scribe writes the Torah by hand and if a mistake is made, he has to start all over again. The girls had the opportunity to hold a yad (a Jewish ritual pointer), to blow the shofar horn and most of them tried on a kippah during the visit. They stood on the Bimah and looked at a prayer book, guided by Mrs French and were shown the tallit, highlighting the importance of the tassels. The four long tassels (one in each corner) represent North, South, East and West. The other shorter tassels are made up of 613 threads, representing the Jewish laws.

Sophia joined in to say the prayer that starts the preparations for Shabbat, with Mrs French reciting it in Hebrew and Sophia reading it in English. The highlight of their visit was tasting the Challah Bread which is part of a traditional Shabbat meal. Chibika read another blessing as the bread was being cut.

The girls came away with a greater knowledge of Judaism, they learnt how to say hello “shalom” in Hebrew, and really embraced learning about Jewish practices first-hand.