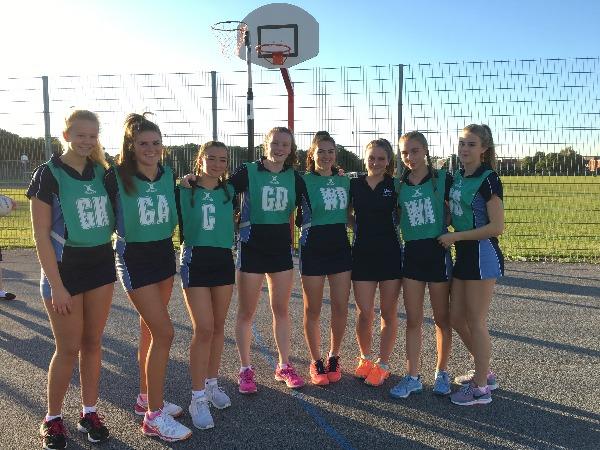 The Year 11 netball team came out in fighting form, led by captain Clemmie at the District Netball Tournament on Tuesday 9 October.

The girls defeated Thurstable School 9-1, The Gilberd School 11-0 and St Benedict’s College 6-4, allowing them to comfortably progress through to the semi-finals. The Colne Community School presented the team with more of a challenge, however with strong attacking play from Lizzie, Amelia and Tabby and effective defence from Ellen and Clemmie, the team secured a 7-3 victory.

Although the team fought for every ball in the final match, they eventually lost to Colchester County High School for Girls by a narrow margin of 4-6.

Congratulations to the whole team, including members Rosie , Georgia and Romilly who also contributed to the great play in all the games.