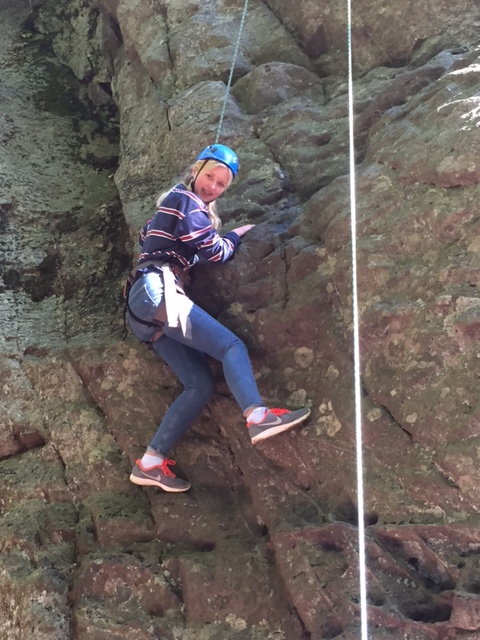 The Round Square Conference in Montreal finally drew to a close on Thursday 27 September after eight glorious days. Hattie, Fran, Tallulah, Natasha and Bella from Year 11 who attended this intellectually demanding and culturally enriching event had an amazing time and really did the school proud. The conference was focussed around the theme of “Bring your difference”. There were four key note speakers – Wade Davis an Anthropologist and Author in Residence for the National Geographic Society. Lisa Dazols a Social Worker, film maker and LGBTQ campaigner. Amal Elsana Alh’jooj a female bedouin rights activist who spoke of the challenges of being a feminist in her culture and Sarah Kay a poet who spoke and performed her poetry about her experiences of growing up in New York.

Following each key note speech, the girls worked in discussion groups (called Barazas) to reflect on the content. They also individually worked on service projects within the city such as helping out at the Food Bank or gardening for communities in need. They enjoyed two days at a wilderness camp in a National Park in Quebec, taking part in physical challenges and learning about First Nations traditions, in a physical setting of dense forest, mountains and lakes.

At the closing ceremony the girls performed a beautiful rendition of Greensleeves (duet with piano and cello accompaniment) to an audience of over 500, including King Constantine of Greece, a patron of Round Square and his wife Queen Anne-Marie. They were the first to perform and were absolutely superb. The students stayed with local families in their homes during the visit, so they had a real experience of life in a foreign country.

Saturday 3 October – by appointment only