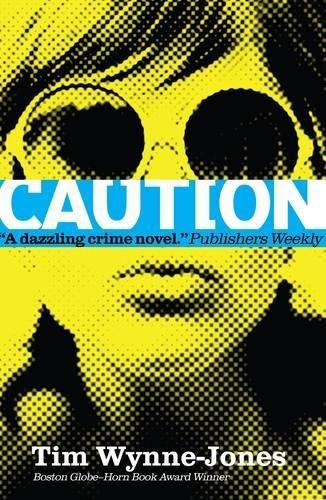 As I’m unpacking my thoughts keep turning to a couple of books I read over the summer which exceeded my expectation of enjoyment.

The first, which I’ll concentrate on today, is Blink and Caution by Tim Wynne-Jones, which I would recommend to girls in Year 9 and above. It isn’t a newly published title. It’s been languishing on the library shelf for a few years and I picked it up whilst packing away. It’s the story of two runaway teenagers in Canada who get caught up in a crime. The cover didn’t inspire me, nor (initially) did the setting, the characters or even the language. But then the power of the writing took hold and I was hooked and couldn’t get either Blink (aka Brent) or Caution (aka Kitty) out of my head. Certainly a thriller… which thrilled and transported me to an uncomfortable, gritty world from the safe haven of my sunny garden!