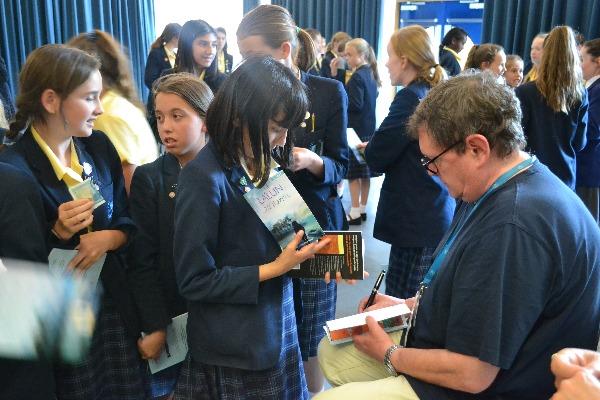 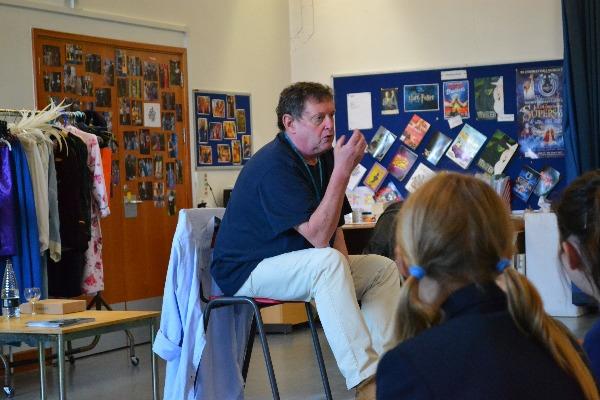 There aren’t many full time professional storytellers at work in the UK, and we were lucky enough to have one of the best, John Harris with us for the penultimate day of our Junior Literary Festival today! Sharing a selection from his repertoire of 350 stories in his head to both our Lower School and Senior School students, the children were spellbound by his mythical, spooky and funny tales! There were moments of laughter, suspense and trepidation, which hooked the students who listened attentively. 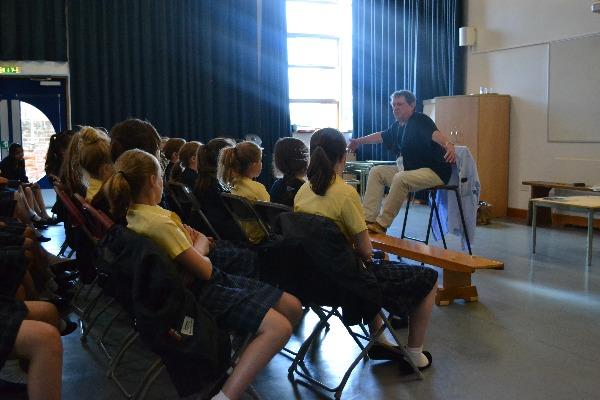 John told his audience that he never tells the same story twice in one day (unless he’s asked to, of course) but he did ask the students to tell one of the stories they`ve heard to someone else before they get to bed that night. He encouraged impromptu storytelling in the playground or classroom so, parents may get a story at bedtime tonight!

There was the chance to buy one of John’s books, which are based on stories that he’s been telling for years. The students in Year 7 were particularly excited to get hold of a copy his mysterious new novel The La’Lun which is launches in October 2018.