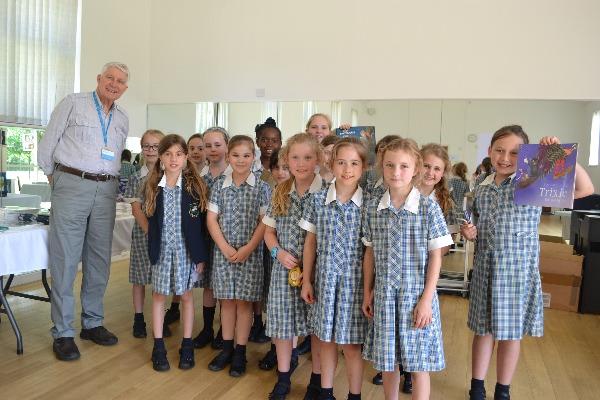 It was our privilege to welcome multi-million selling, award-winning author and illustrator Nick Butterworth of Q Pootle 5, Percy The Park Keeper, Tiger, Albert Le Blanc and The Whisperer to our Junior Literary Festival on Tuesday 19 June. 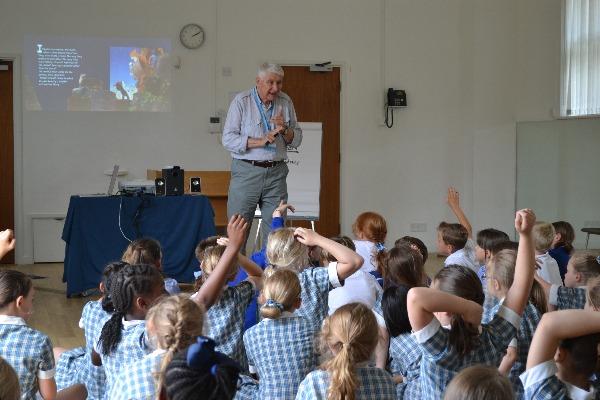 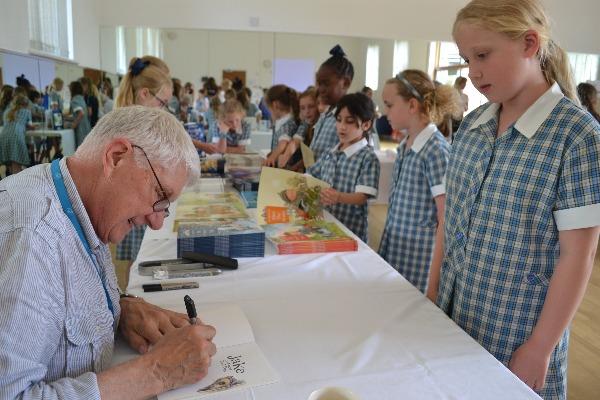 Nick described to his audience of pupils from St Mary’s, Copford Primary School and Kelvedon St Mary’s, how his mother and grandmother read a lot of exciting stories to him as a youngster, many beyond his years, such as Moby Dick and Alice in Wonderland – but he did not begin to read himself until the age of nine when the book Treasure Island got him hooked! He grew up loving language and finds it fascinating how words help us to say things very precisely, he described opening a book is like opening a door in to a different world, which many could relate to. He shared his experiences of getting inspiration from real-life events which shape his stories, including how a simple dog walk through a park in his childhood home-town of Romford, was the moment he came up with the idea of his most famous character, Percy the Park Keeper! Nick went on to talk about his love of drawing and in great detail described his studio where “the magic happens” and how he can’t resist sketching on paper napkins in restaurants! A St Mary’s Lower School pupil played the ‘squiggle’ game and the audience watched in amazement as Nick turned a simple stroke of the pen in to a surfer on a wave! 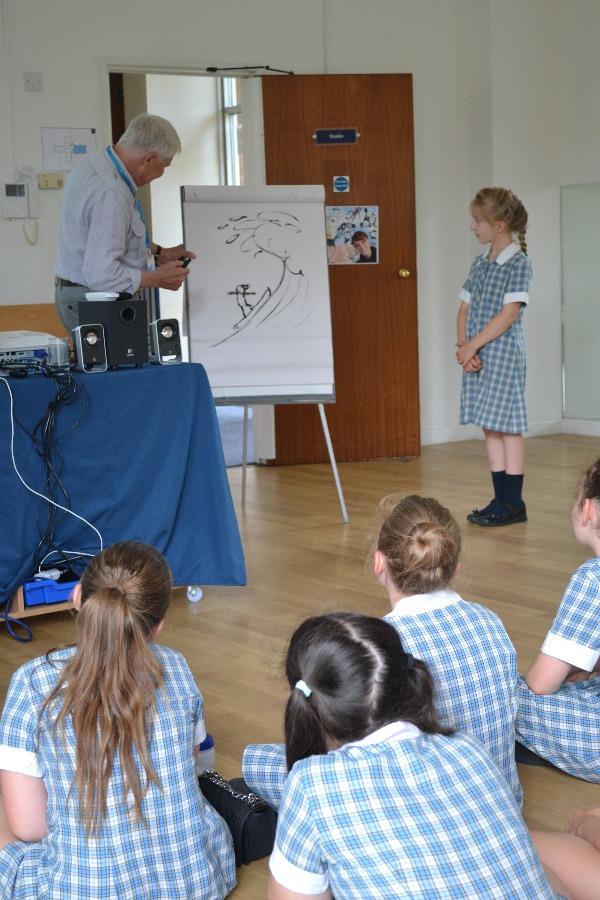