Students step back in time at WWI and WWII battlefields 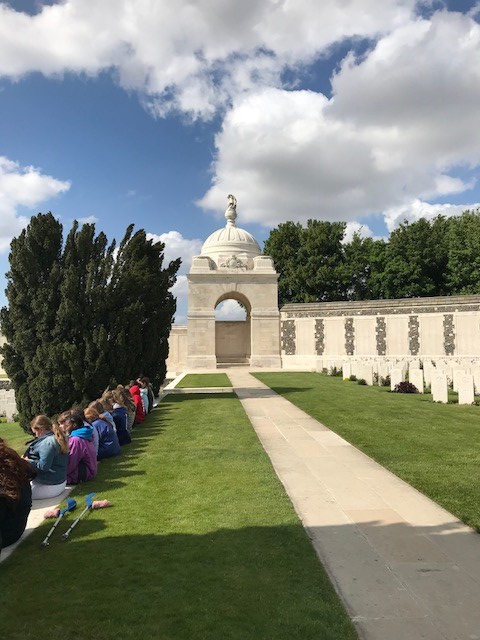 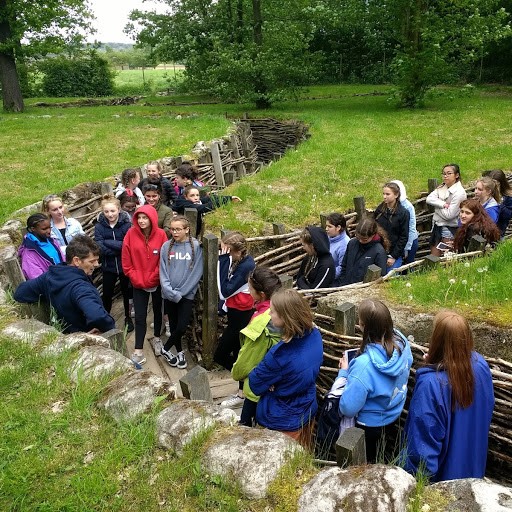 Led by their extremely knowledgeable tour guide, Gareth (a Lieutenant Colonel in the Tank Regiment), Year 9 students headed to Ypres on Thursday 10 May to begin their tour of WWI battlefields in Flanders, Belgium, visiting Artillery Wood Cemetery where Alice had the unique opportunity to pay her respects to her Great-Great-Grandfather at his grave. 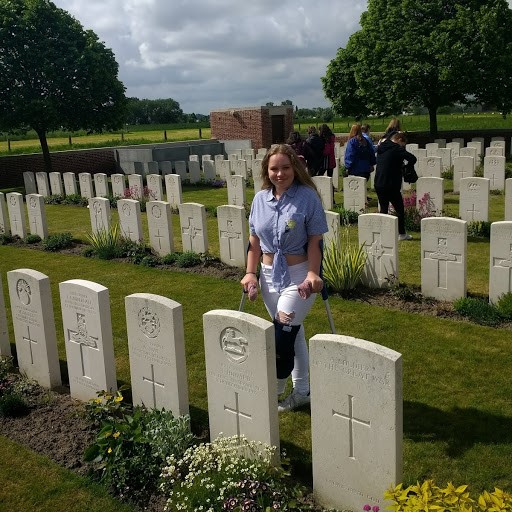 The students explored the German trench system, Bayernwald and learnt about the development of trench warfare, next visiting the memorial site of The Battle of Hill 60. Francesca and Isabella felt overwhelmed at Tyne Cot Cemetery as this is home to the memorial of the Battle of Passchendaele in which their Great-Great-Grandfather was killed. The site is the largest Commonwealth War Graves Commission cemetery in the world and is the resting place of more than 11,900 servicemen of the British Empire from the First World War. The students felt extremely moved at the sheer size of the cemetery, “it put everything into perspective” said Emily and Faye. “Seeing first-hand the number of lives lost during the First World War, really brought it to life for us – a truly unforgettable experience that will stay with us forever.” That evening, Lily, Zara, Alice and Olivia laid a wreath on behalf of St Mary’s during the Last Post Ceremony at the Menin Gate. 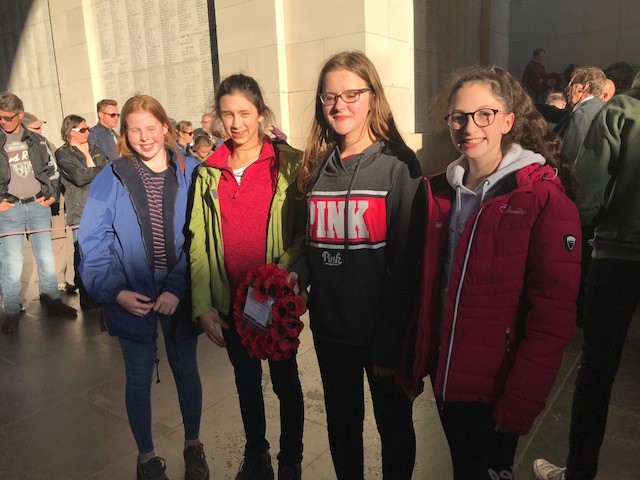 The second day of the tour was focused on WWII battlefields around Dunkirk including visiting sites to learn about the ‘Phoney War’ with a trip to the Cassel Bunker, and Wormhout to hear the harrowing tale of the massacre of 80 British and French POWs by the SS. The students learnt about the purpose of the blockhouse, a small military fortification and the development of Airborne warfare and ‘elite’ forces; before ending at the Bray Dunes near Dunkirk to see where nearly 100,000 British soldiers were rescued off the beach in 1940. The students learnt such a lot in a very short space of time, providing an extremely thought-provoking experience for all.