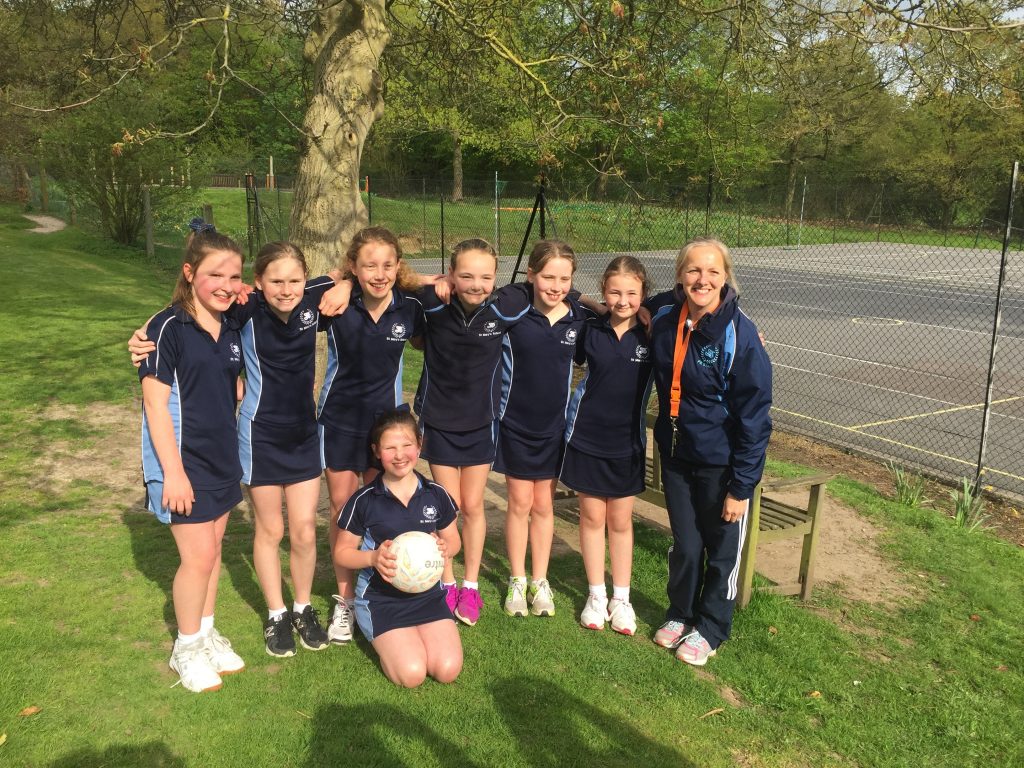 In their last netball match of the local league season, Year 6 met a team from Millfield, Wivenhoe on Thursday. The St Mary’s team demonstrated their great passing skills and excellent spacial awareness, which led to a 10-2 win at the final whistle. The opposing team voted Imogen player of the match. Special thanks to Mrs Lilley for all her support and for organising the team so well this year.
St Mary’s team: Emily, Emma, Imogen, Seren, Imogen , Hannah and Phoebe.