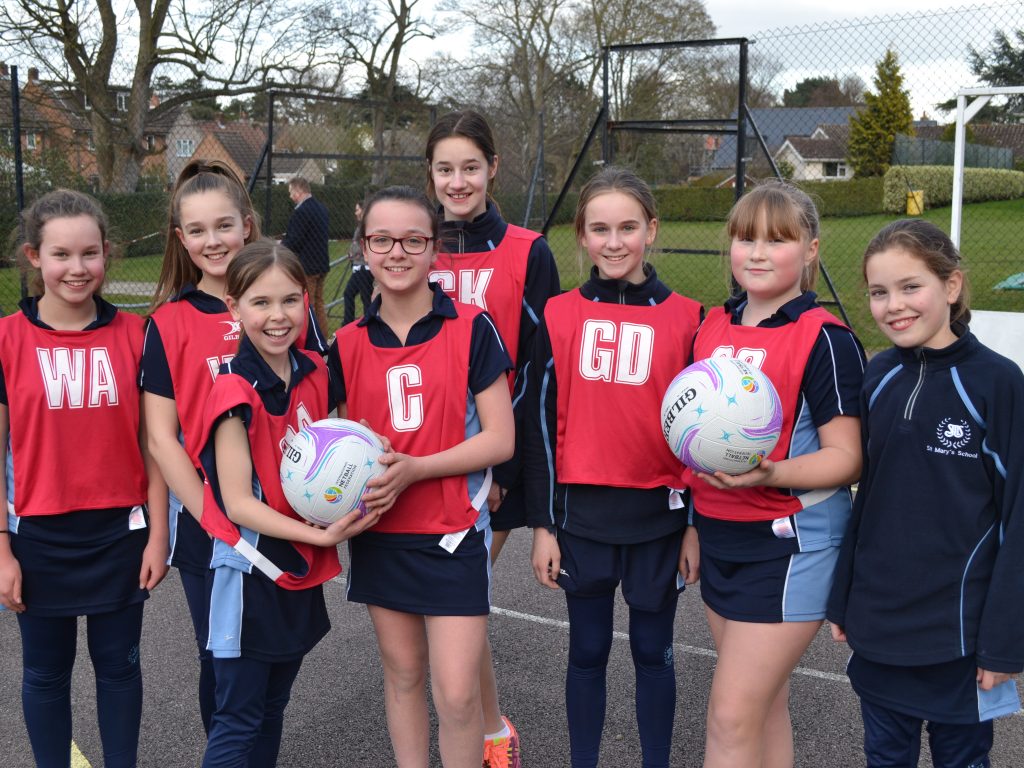 Our U14 footballers met three tough opponents in the second round of the District Football tournament on Tuesday 20 March. After a really quick warm-up, the girls were straight into their first match against a strong team from Thurstable School. St Mary’s conceded five quick goals – it could have been many more, but for Elena’s perseverance as goalkeeper! The next matches, against Colchester County High School for Girls and The Gilberd School, were also quite challenging and, despite coming away without a win, the St Mary’s girls’ spirits remained high and they enjoyed the games whilst gaining experience. Overall, in both rounds of the tournament, St Mary’s drew two games and lost five.

Two very eager Year 7 teams played in their final netball game of the season on Tuesday 20 March. Unfortunately St Benedict’s arrived with one team rather than the expected two, meaning that each of our teams played a total of half a game each. The first quarter started frantically and despite numerous chances we fell behind 1-4. In the second quarter, our play was a little more settled and we began to pull back on the score. Some more controlled play, with more opportunities for our shooters, saw us drawing 10-10 in the final quarter. Excellent shooting from the St Benedict’s Goal Shooter saw her score two quick goals. The final score was 12-10 to St Benedict’s. Congratulations to the 26 students who have played for the Year 7 team this season, we are looking forward to seeing how the squad progresses over the coming years. 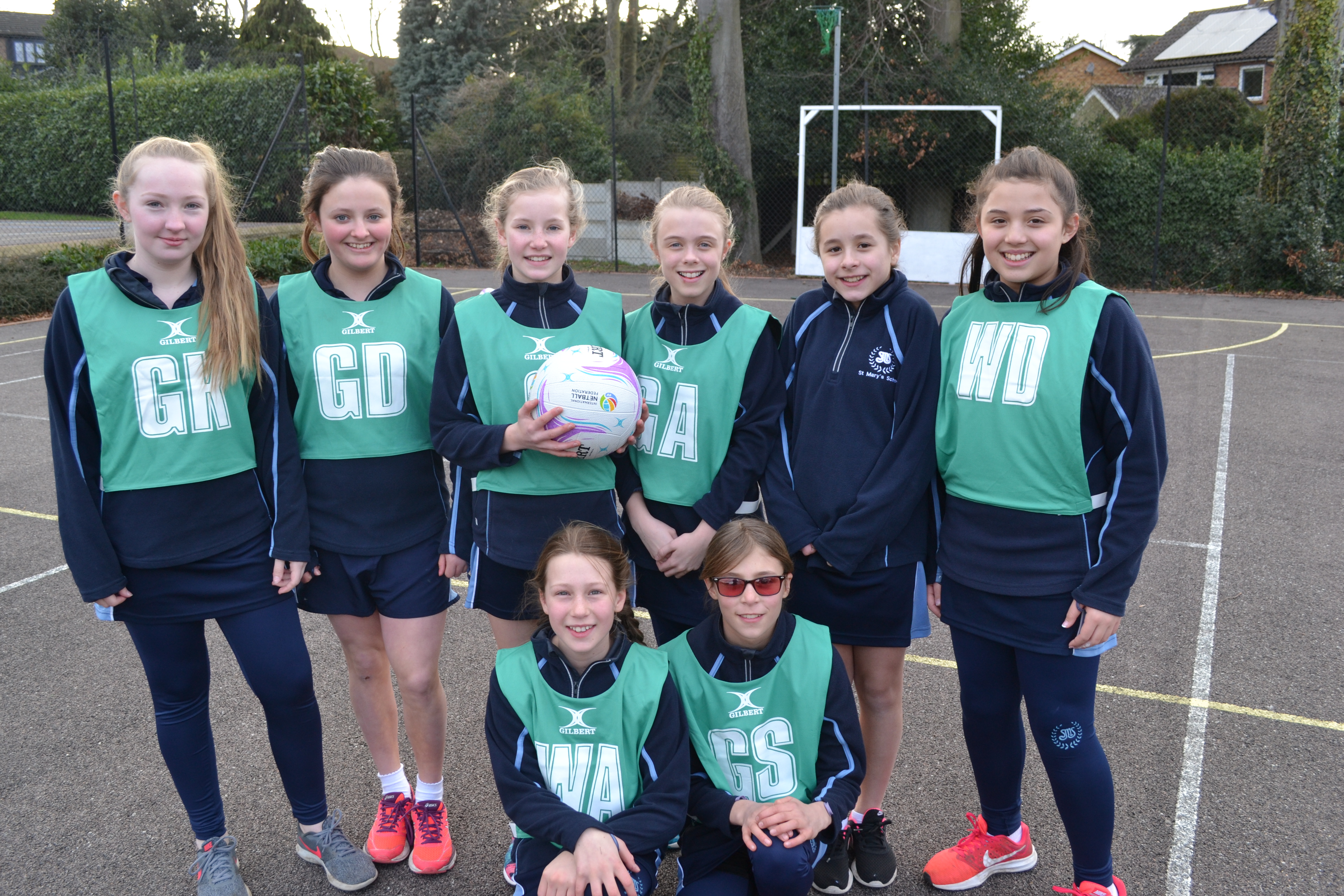 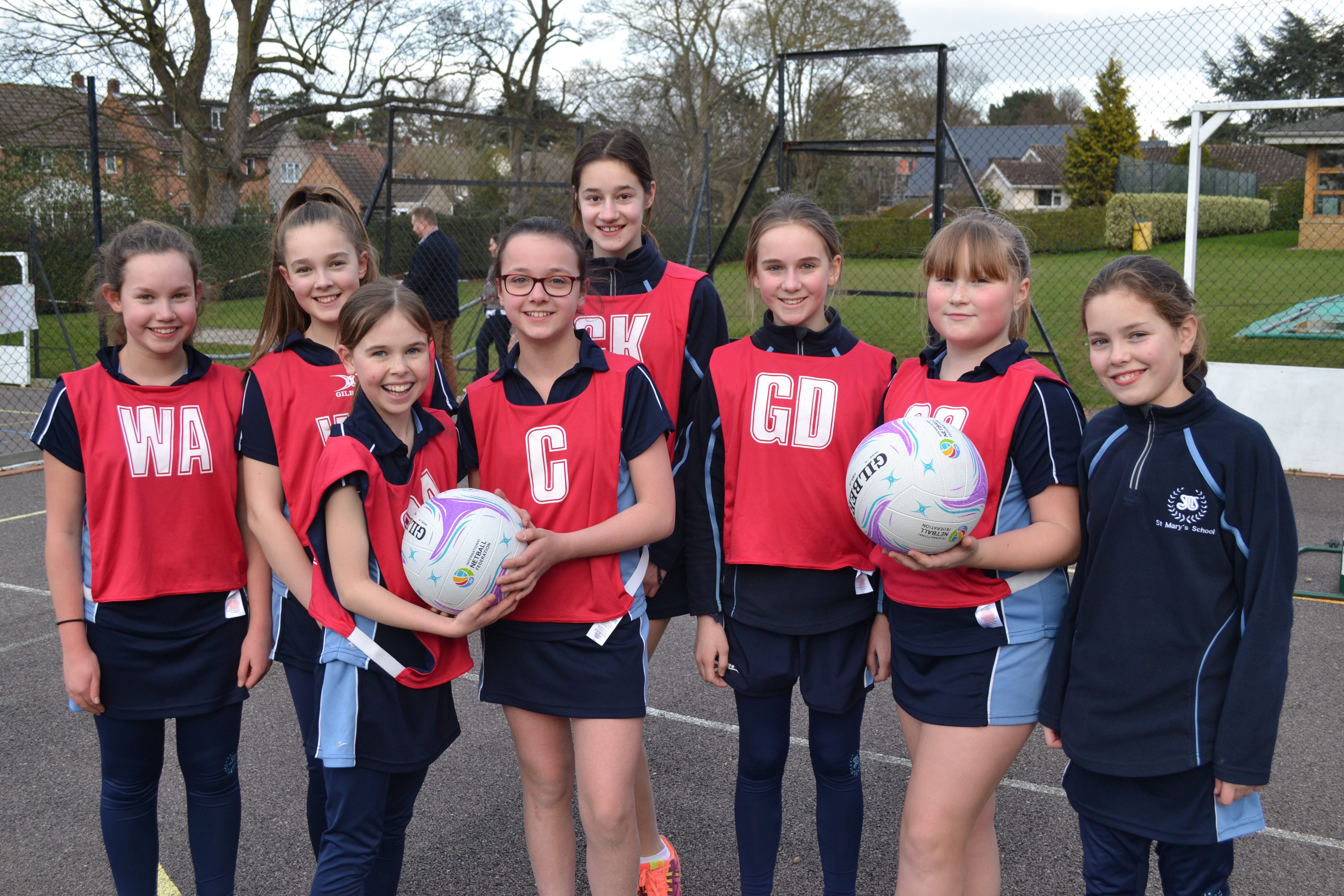