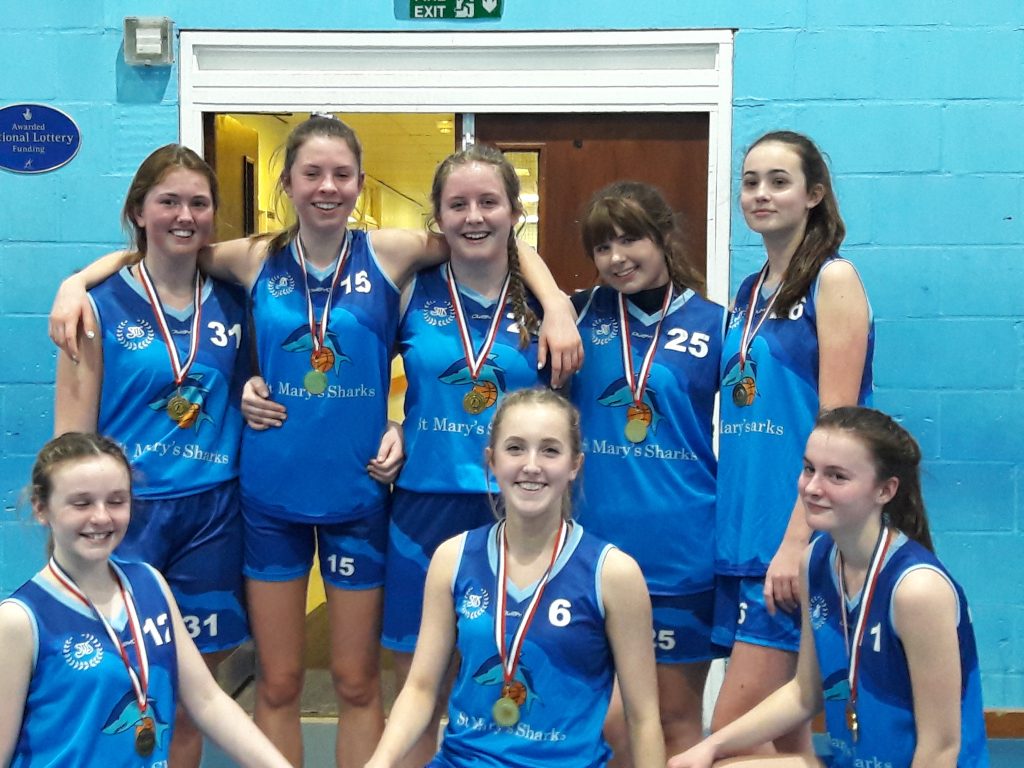 There was double success for St Mary’s at the Basketball District finals on Thursday 22 February, our Year 10 and Year 11 teams both became District Champions! 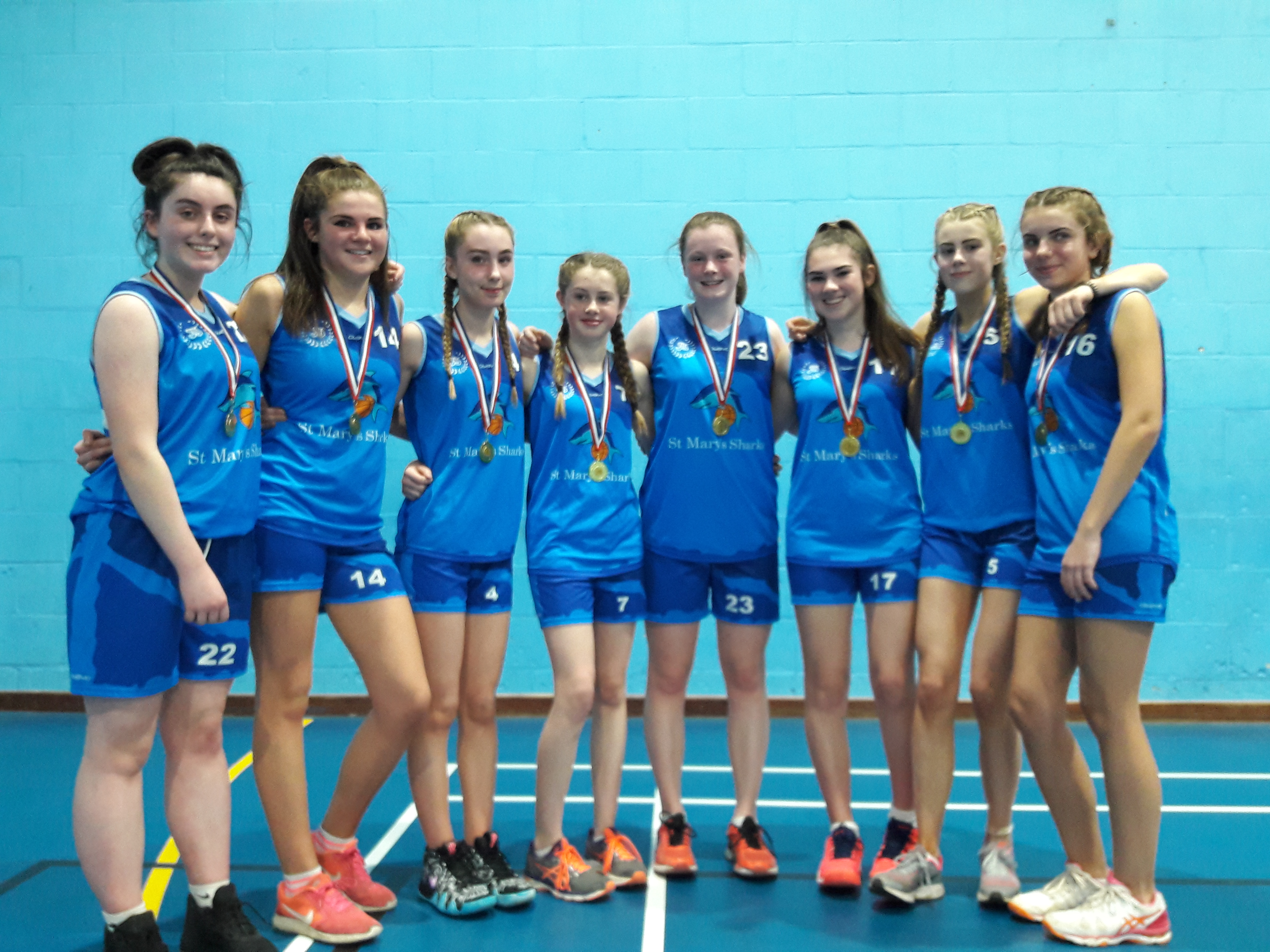 Our Year 10 Basketball team overcame their initial nerves to retain their title as District Champions for the fourth year running! The first quarter of the final versus St Benedict’s College saw St Mary’s gain the majority of possession, with their opponents defending strongly – the score at the end of the first quarter was 4-2 to St Mary’s. As the quarters progressed, we began to settle into our play with strong defence, moving the ball around the court successfully, and the team came away with a fantastic 24-15 win. Congratulations to Abi, Amelia, Clemmie, Gi, Molly, Luna, Romy and Tabby for their performance on the day as well as those who played in the lead-up. We are very proud of their efforts and positive attitude. 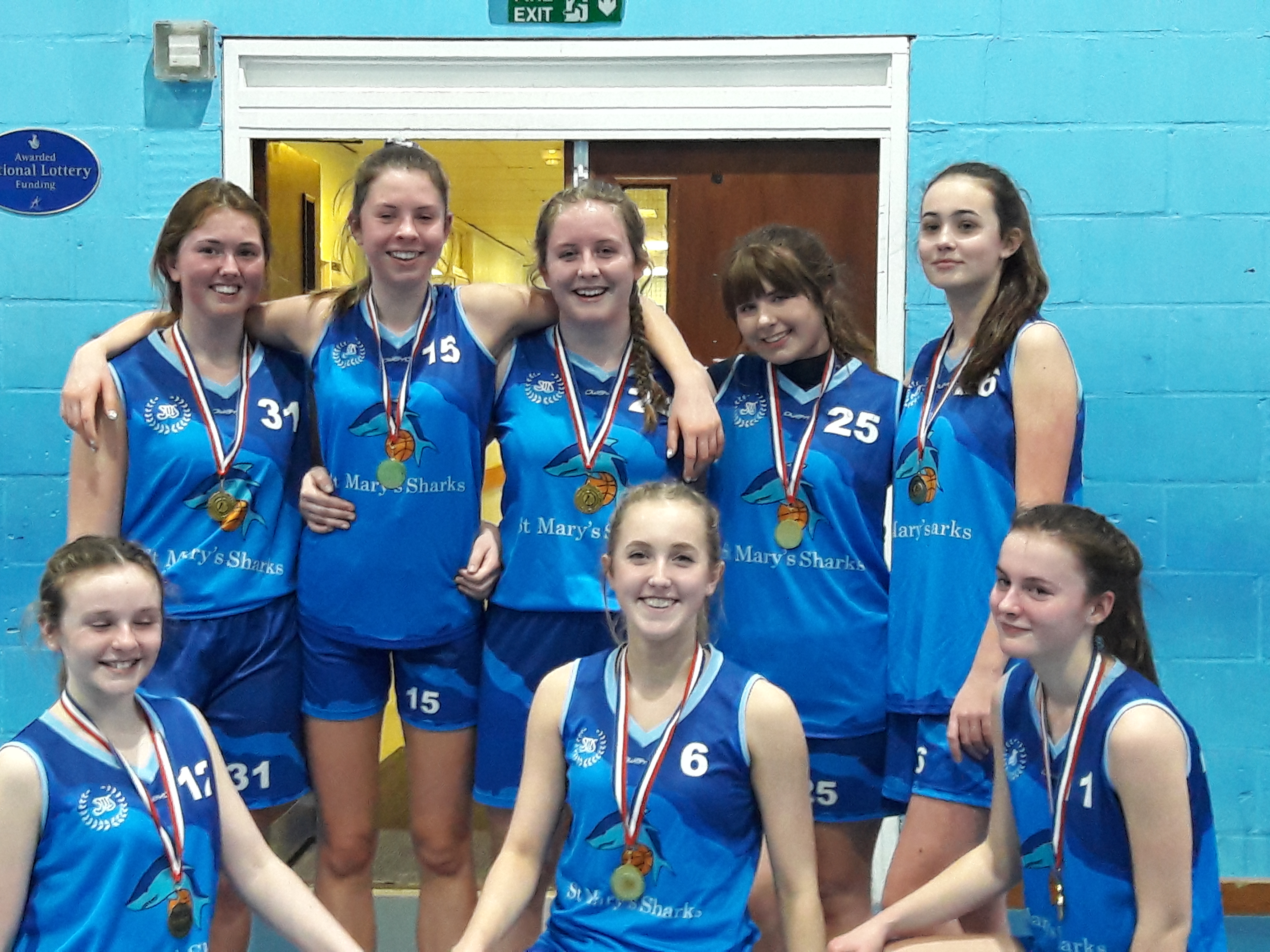 Repeating history, the Year 11 Basketball team, ‘St Mary’s Sharks’, met Stanway School in the final. Coach, Mr Bainton was watching on the side-lines, wearing a rather apt shark costume the girls bought him, keeping his promise that he would dress up as their mascot if they reached the finals! On the court, after a reasonable start, the team began to move ahead in the first quarter, maintaining this lead all the way to the last quarter. Stanway threw everything at us, but the girls maintained their lead, beating them 19-18 to become District Champions! Well done Ally, Daisy, Grace, Lizzy, Mackenzie, Olivia, Phoebe and Rachel – a fantastic achievement!