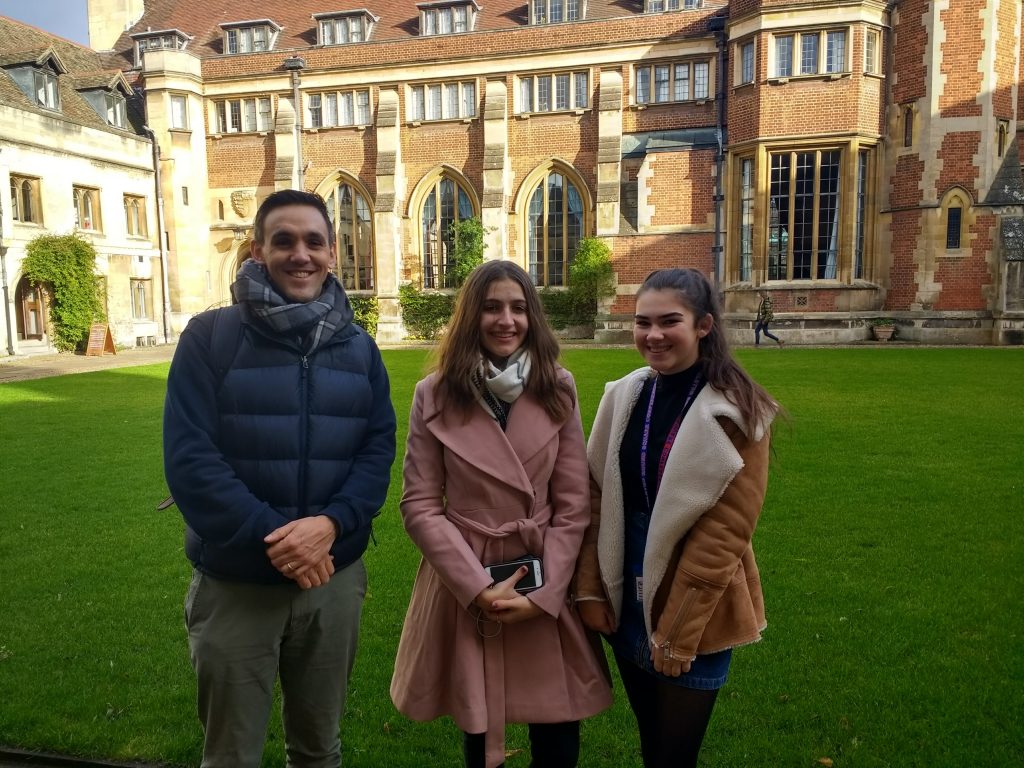 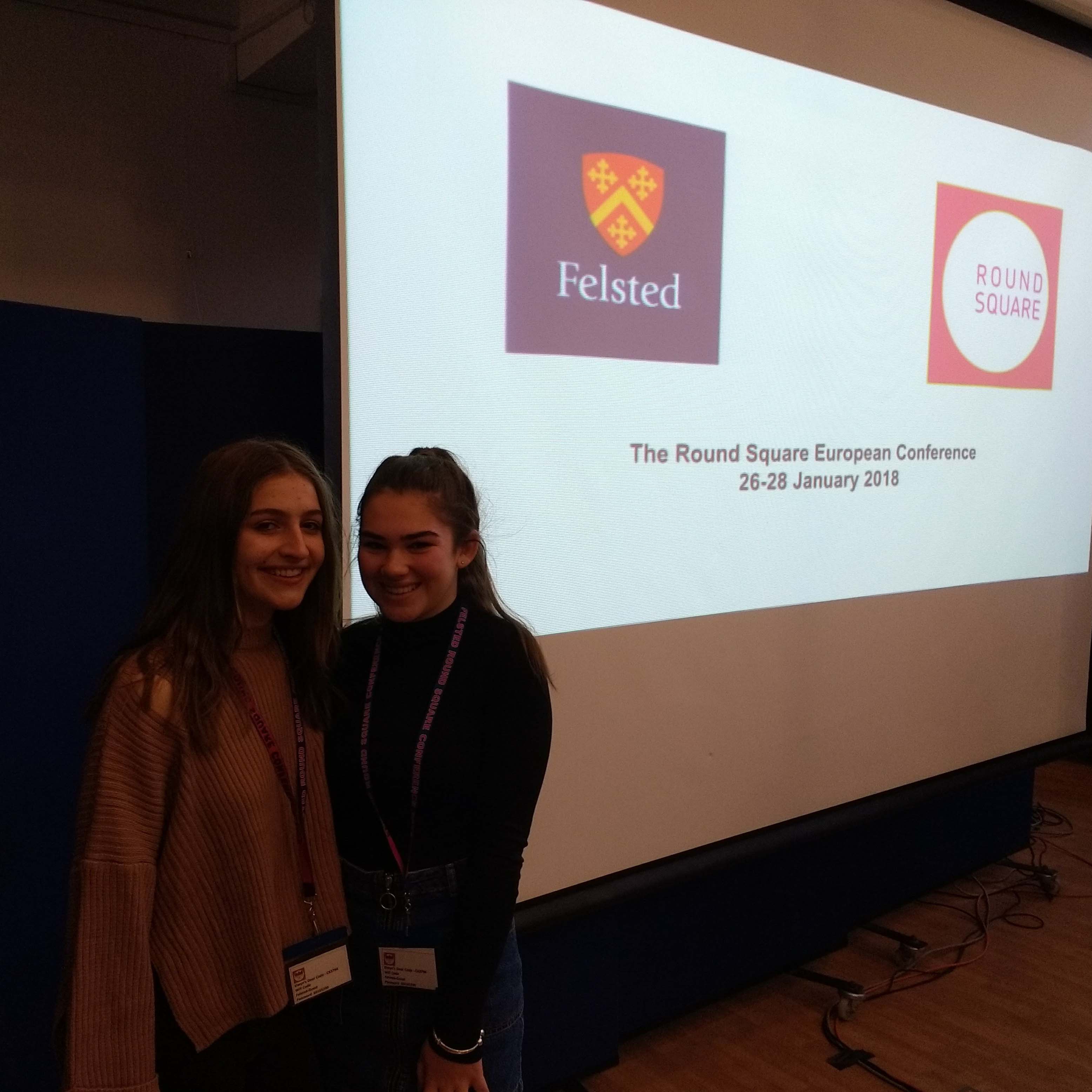 Two of St Mary’s Senior School students were lucky enough to attend this year’s Round Square European Conference from 26 to 28 January 2018. Francesca and Romilly in Year 10 had a jam-packed three-day programme with keynote speakers and workshops focusing on the theme ‘Democracy Now?’.

The conference, hosted by Felsted School, was attended by over 100 students and teachers from 27 schools, including many from European schools such as France, Germany, Switzerland, Denmark and Turkey. Over the three days, there were a number of keynote speakers who provided some very thought-proving presentations which acted as a springboard for discussion in the student-led workshops. The speakers were Matthew Spacie who established the Magic Bus charity helping over 100,000 children out of poverty in Mumbai by providing equalities of opportunity; Susan Popoola, who spoke about developing democracy in under-privileged communities in the UK; Thomas Sparrow-Botero, a political correspondent who formerly worked for the BBC in Washington and now works for Deutche Welle, speaking about “Alternative für Deutschland” and the problems of responding to extremist politics; and Meha Lodha, exploring the challenges facing India as the world’s largest democracy in the 21st century. Francesca and Romilly participated in a number of workshops discussing and debating current topics such as the minimum age for voting, the death penalty, unlimited freedom of speech, and the role of the media. 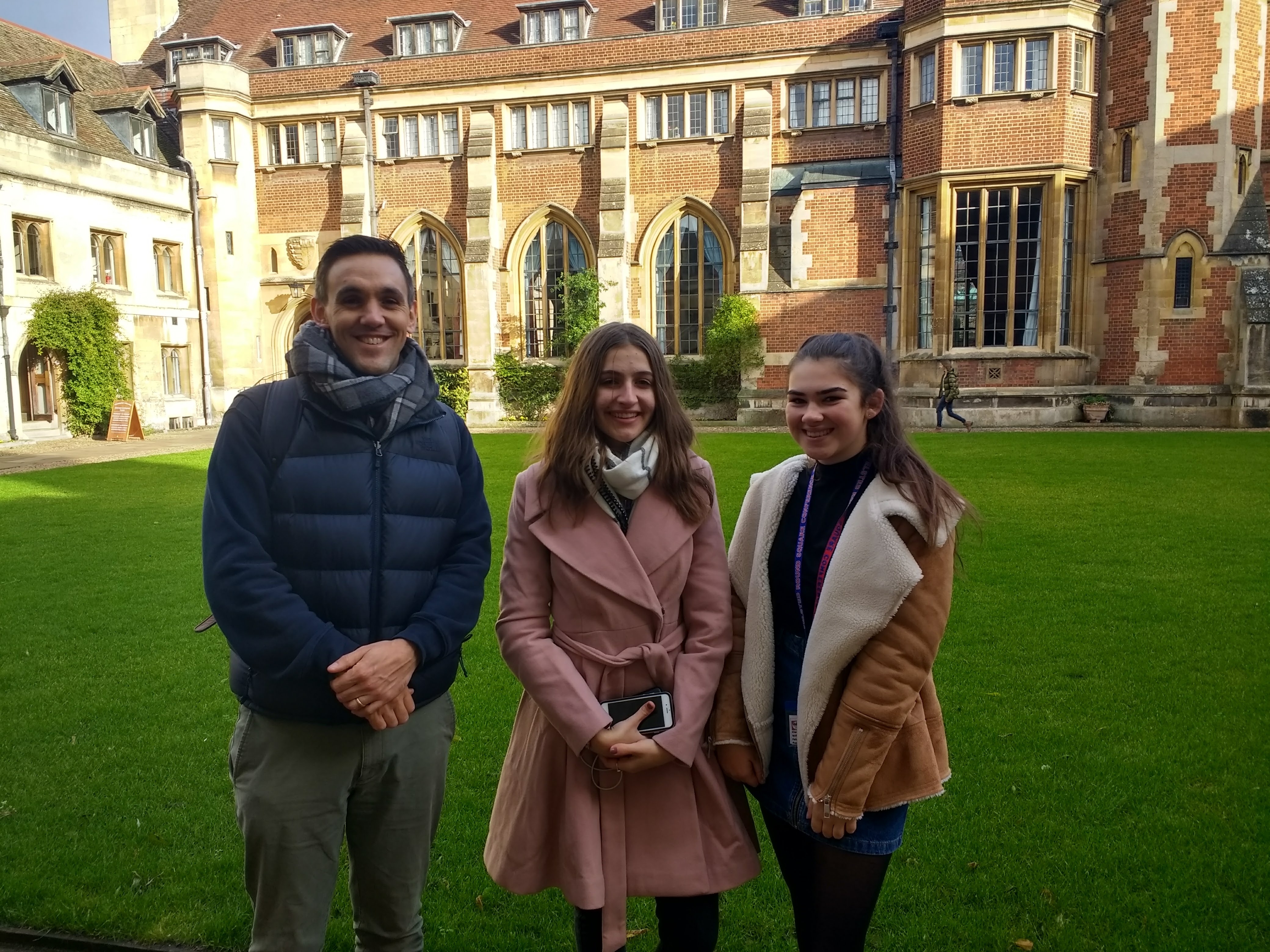 The evening entertainment consisted of a very clever and witty performance of a comedy mock election for the fictional Roundess 2018!

The students then had the opportunity to visit Cambridge for a walking tour and leisure time on day three of the conference.

Mr Benjamin Rassell, St Mary’s Round Square representative who also attended, said “the Round Square conferences provide great opportunities for our students to meet like-minded young people from other countries as well as becoming more educated about the world around them. The IDEALS, which Round Square promote, fit so well with what we already do here at St Mary’s that we love to learn more about how we can enhance what activities and initiatives we offer to our students”.