It was a real coup – so soon after the General Election – to welcome Will Quince, MP for Colchester, to St Mary’s on 16 June.

Mr Quince spoke about democracy, politics and the role of Government and Parliament to an audience of Year 10 students, members of the School Council and the students who take part in the Current Affairs Enrichment Activity. 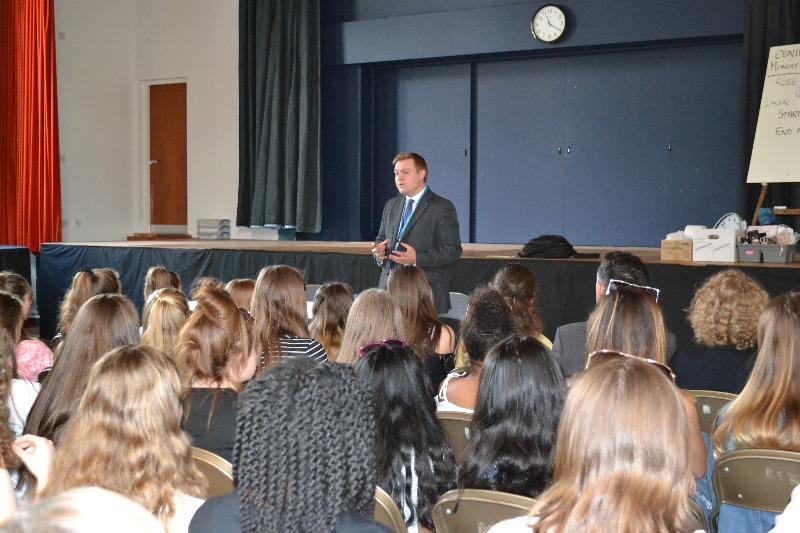 He then took questions from the floor concerning important social issues and life in the UK – hot topics were Brexit and the negotiations beginning next week, the General Election, his personal views and experiences and the life of an MP. Students were willing to challenge, asking probing questions and putting forward their own views articulately.

The students found the visit to be valuable and engaging. Poppy, Year 7 described Mr Quince’s visit as a “great experience”. “As someone interested in politics,” commented Tallulah, Year 9, “I found it to be fascinating and has inspired me to get involved in national or local politics.”