Year 3 are evacuees for a day! 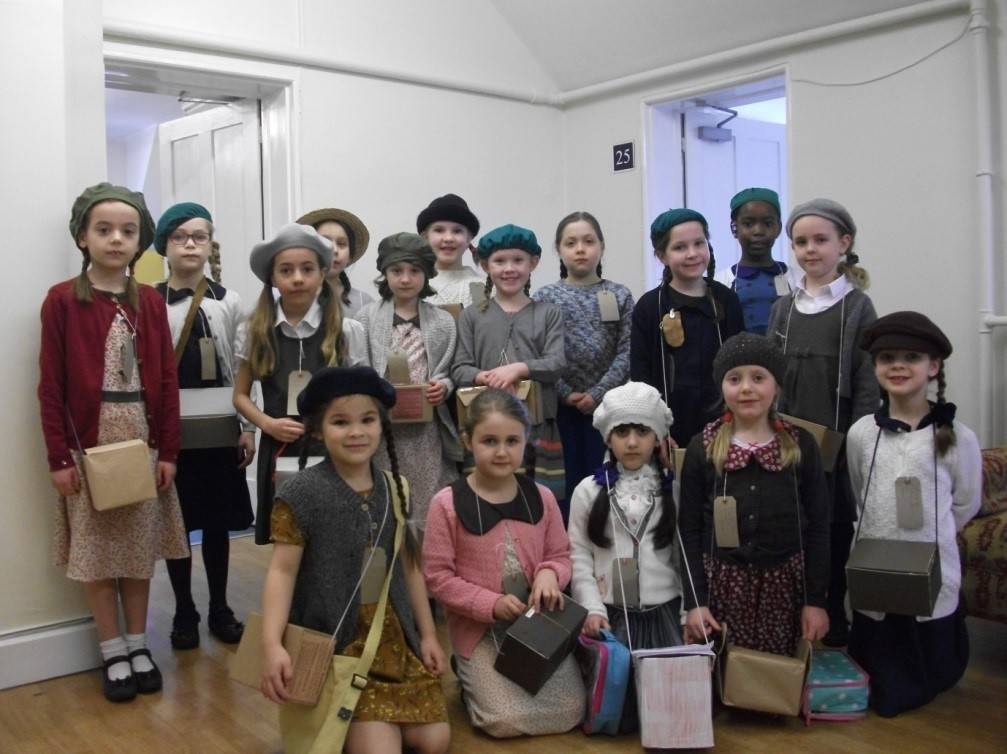 A World War II Day at Braintree Museum on March 7 gave Year 3 girls a taste of life in wartime Britain, bringing their History topic to life.

The girls dressed as evacuees and ate a very basic lunch of jam, honey or marmite sandwiches, and a rock bun made by Mrs Sutton. They came away from the day with lots of additional knowledge of life during the war.

“I pretended to put on and wear a gas mask and it felt a bit scary!” said Maryam. “I learned that the teachers were very strict during World War II,” explained Tomisin. “I learned that they ate dried eggs and were only allowed a certain amount of food each day,” said Arabel.