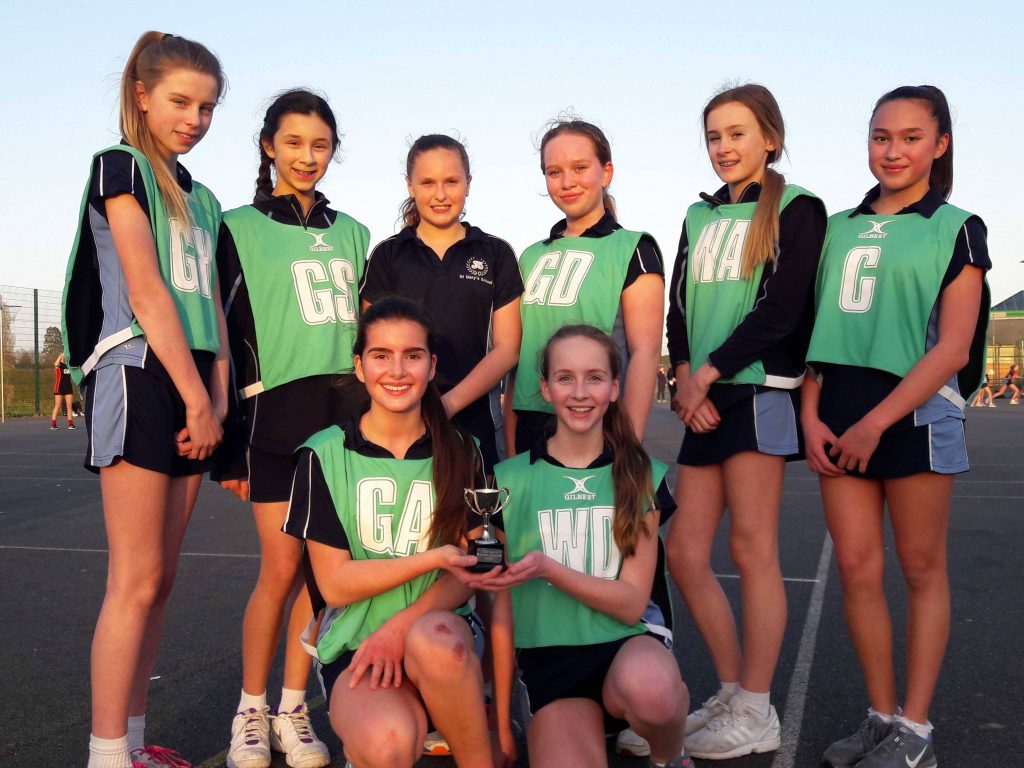 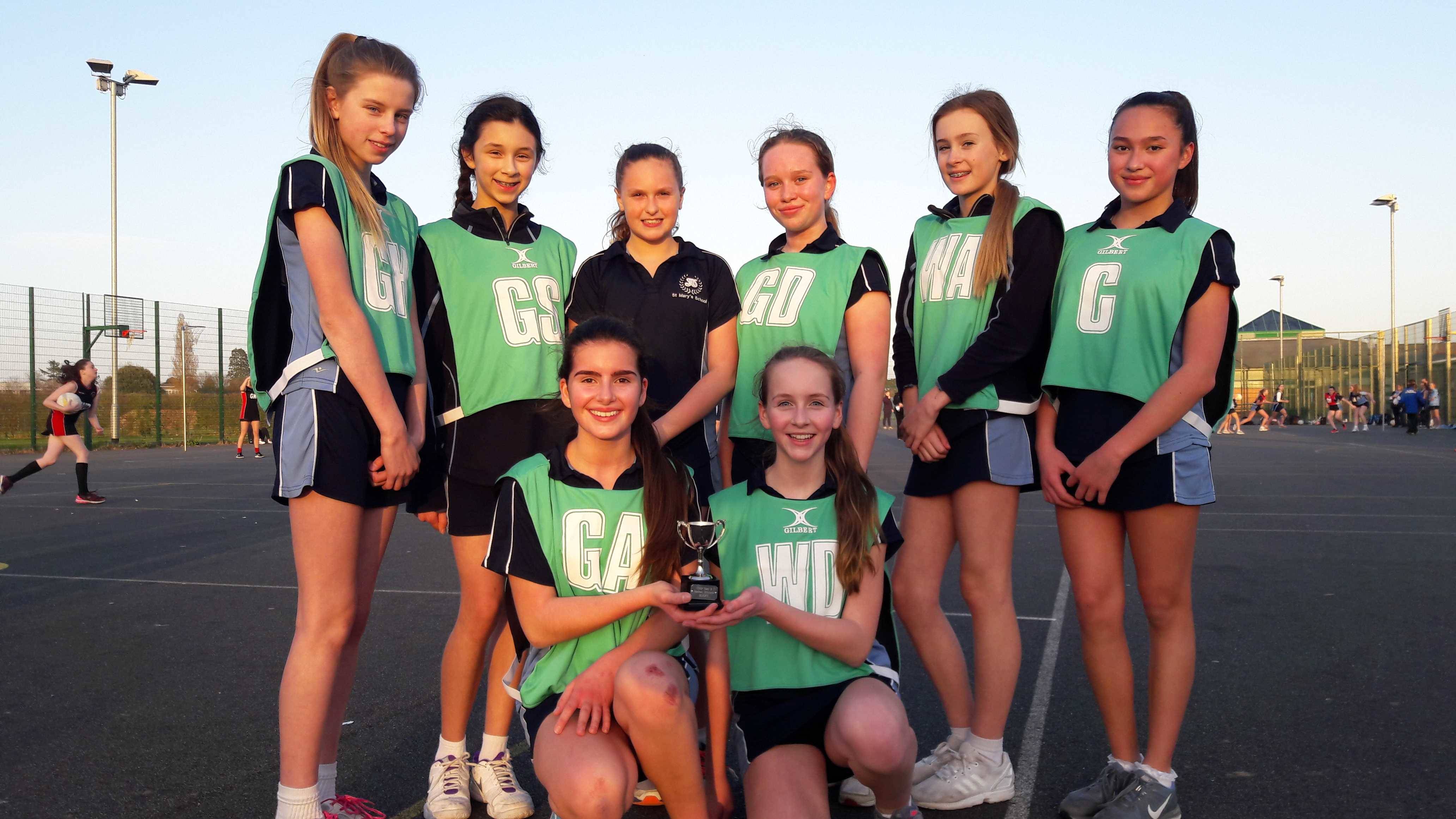 St Mary’s Year 8 and 9 netball teams have had great success in the District Netball League, which culminated on 15 March. Having topped their pools, our Year 8 and Year 9 teams and found themselves in the semi-finals against much larger local schools with many more students to choose from.

Our Year 8 team met Colchester County High School for Girls in their semi, in which a strong start from St Mary’s saw us take an early 2-0 lead. Some excellent defending from Alice helped the girls to link their play down the court to provide our shooters with plenty of opportunities, many of which were taken by Fran, resulting in a final score of 11-4. In the final, St Mary’s met Philip Morant, to whom they had narrowly lost in the pool. However, our girls continued to work well as a team, blocking any attempts from PMS to attack, and by the end of the first quarter St Mary’s were 3-0 up. PMS came back in the second quarter, but the St Mary’s girls were determined that they were going to come away as District champions and upped their game once more. Under Fran’s captaincy, the team kept their heads, resulting in an 8-4 win. Congratulations to Fran, Charlotte, Mia, Iona, Imogen, Alice, Olivia and Isabella, who represented a 21-strong squad in the finals. It is great to see that we are able to involve so many students in the games and still take the title. Congratulations to all who have played netball for the school this season and who gave the eight players the chance to take the title for St Mary’s in the finals.

The Year 9 netball team were focused from the start of their District semi-final match against St Benedict’s. They gradually increased their score in each quarter, whilst limiting the opposition’s chances to score thanks to some excellent defence work. Attacking play remained strong, resulting in a 14-5 victory to take St Mary’s through to the final, where they met Colchester County High School for Girls. With fantastic focus throughout, the girls constantly motivated each other and showed great team spirit and support. At the end of the first quarter, the scores were level and our shooters Tabby and Georgia had to work particularly hard against some strong opponents, but they made the most of the chances to score in the following quarters to increase their lead again. With the defence working extremely hard to reduce the opposition’s chances, every single member of the team contributed to the eventual victory of 16-12 to be District champions.