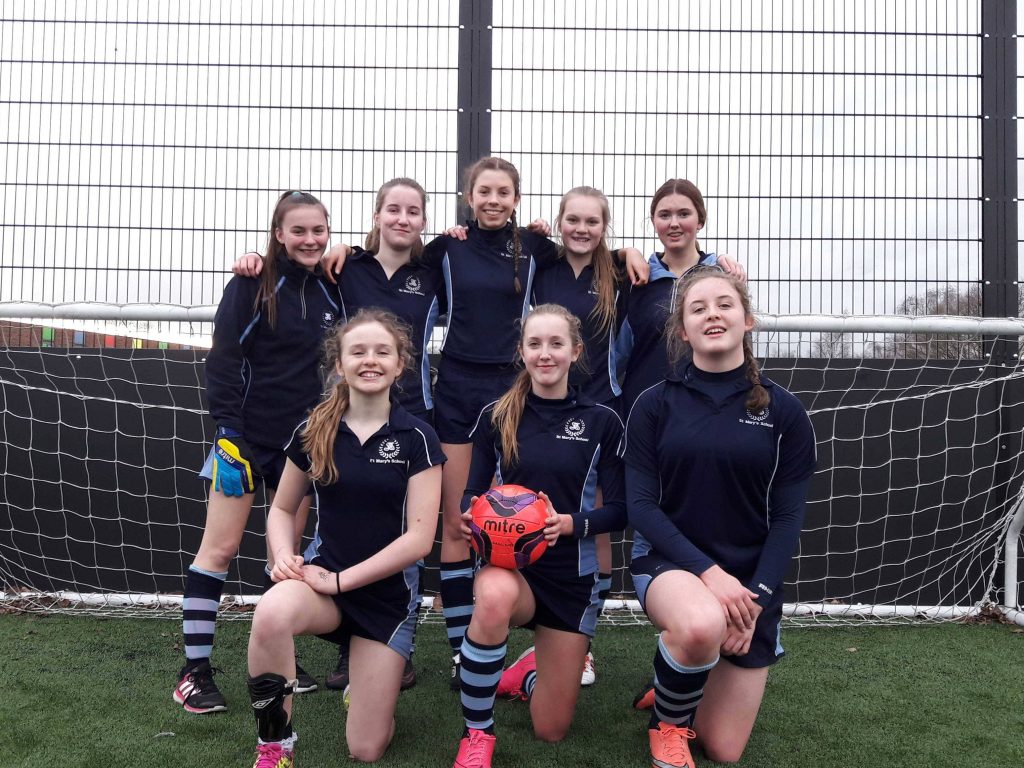 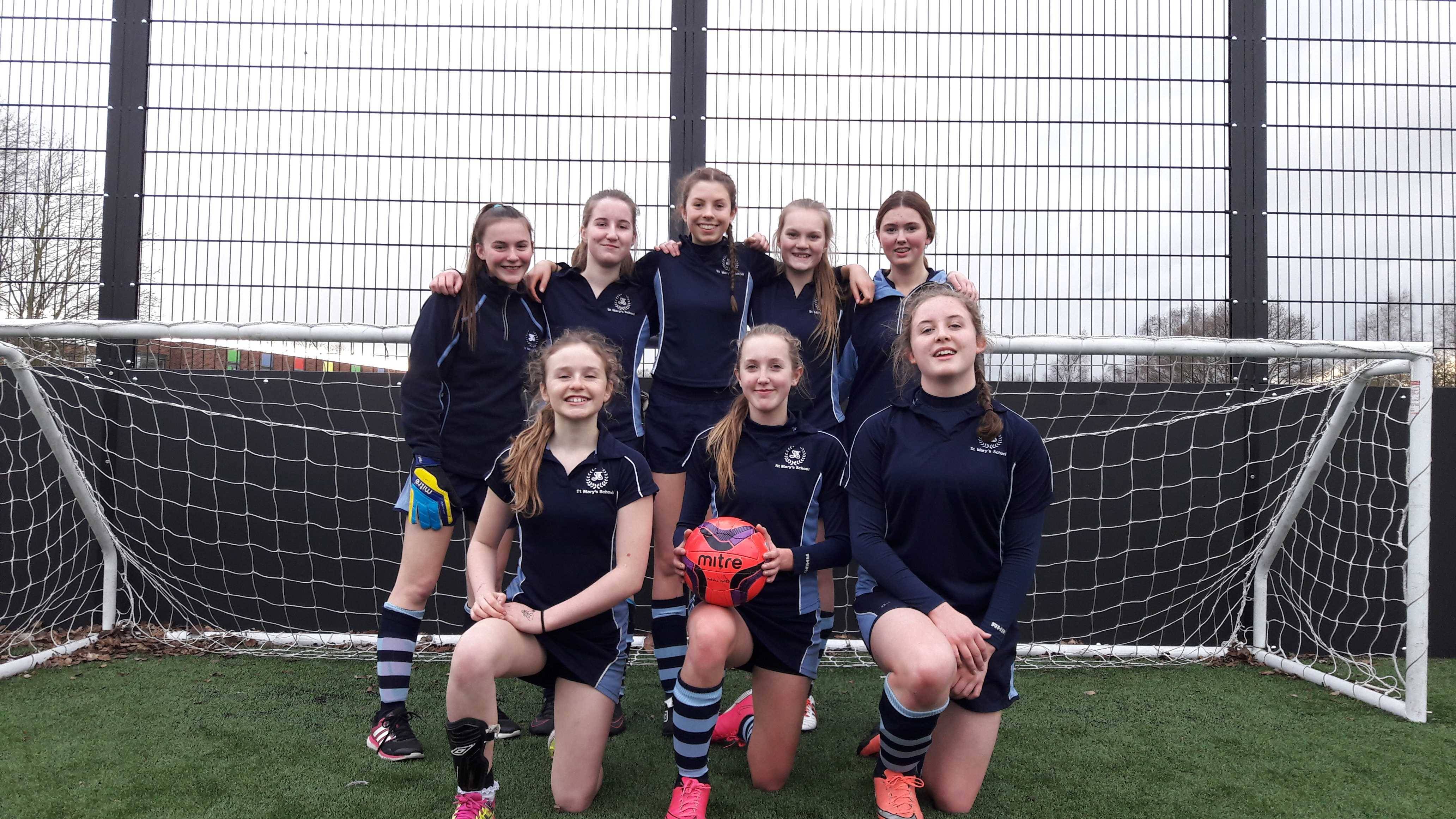 Inspired by their first win in the second round of the District Football competition, the Under-16 football team were keen to get stuck in in the final round, which was held at St Helena School on Wednesday.

The St Mary’s team met Philip Morant in their first game of the evening and some very positive attacking play resulted in a 2-1 win. A few errors in the second game meant a 2-0 loss to Colchester County High School for Girls, followed by a 1-1 draw against Thomas Lord Audley School. The final challenge against Stanway was another tight game with opportunities at either end, resulting in a final score of 3-2 to Stanway. The team – Olivia, Daisy, Evie, Paige, Alannah, Grace and Mackenzie – were motivated throughout by their captain, Lizzy, and improved significantly over the three rounds. They should be very proud of their progress.

There was great drama for our Under-14 footballers in the District competition, held at St Helena on Wednesday. St Mary’s narrowly lost the final match of the pool against Philip Morant 1-0, only to meet the same opponent – a virtually unbeaten side – in the Quarter Finals. The score stood at 0-0 at the end of normal time in this match, and 1-1 after three penalties. The game went to sudden death and unfortunately Philip Morant scored the golden goal.