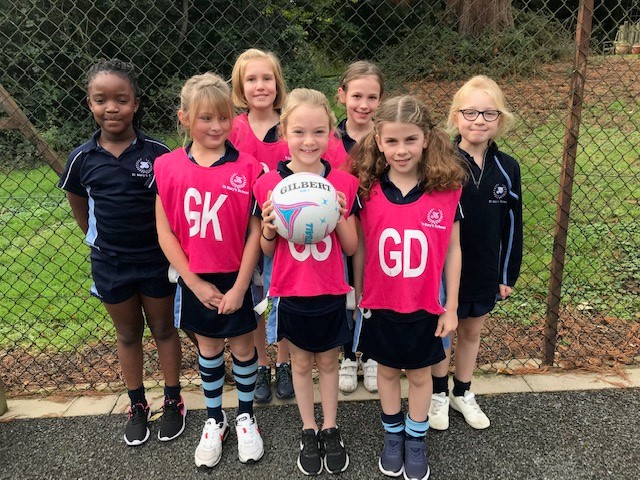 On Monday 14 October, the year 3/4 Netball Squad played their second friendly match of the season. Spirits were high and with some shooting and passing practice under their belts, they were feeling confident. There were two teams from Gosfield School, for our home game, and although the weather did not look promising in the morning, conditions remained dry for the afternoon.

The A team took an early lead and looked strong throughout the game with some excellent goals. The final score being 10-0 to St Mary’s. The B team game was more evenly matched, with equal amounts of possession and scoring opportunities for each team. The final score was 0-0. Players of the match, voted by the opposition, were Elsa and Gabriela.

Many thanks to the parents who came along to support the girls.