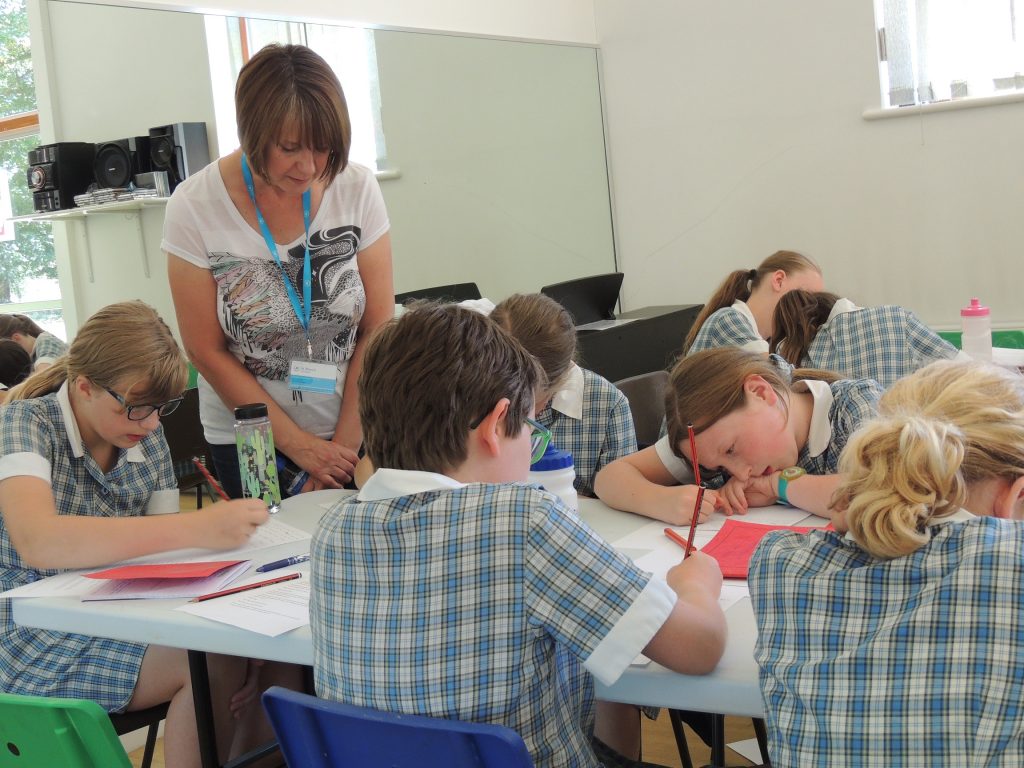 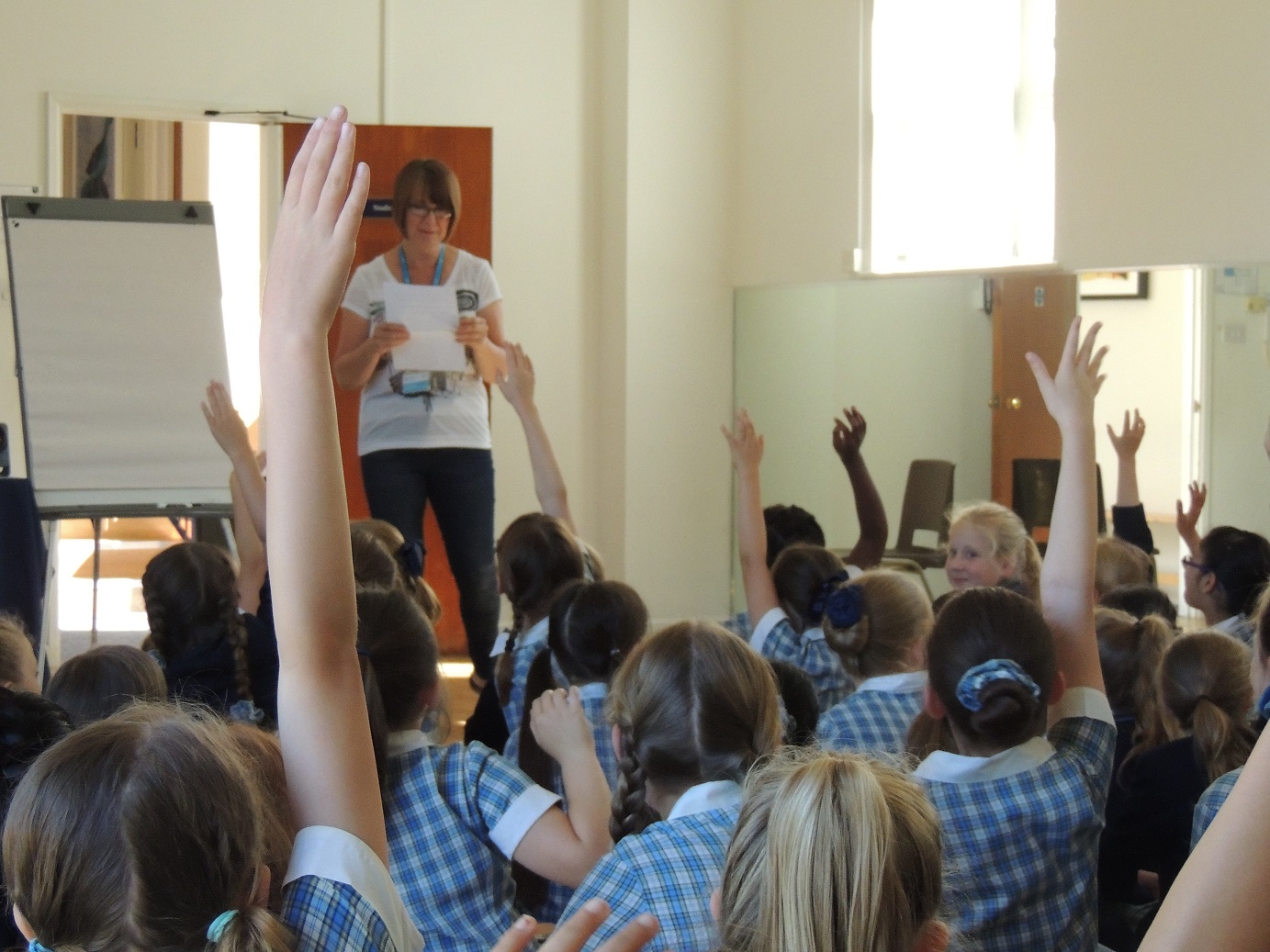 Our wonderful Junior Literary Festival week concluded today with a visit from Julie Irwin, author of the Edwin Spencer series of books. She led a superb characterisation, creative writing workshop for Years 3 to 6, starting with a storyboarding exercise and a reading from her first book Edwin Spencer Mission Improbable, which was centred on adventure, time-travel and parallel worlds with some laugh-out-loud humour thrown in!

Later they split in to smaller groups to start putting together their own stories with the aid of a brief provided by Julie to give some context and background to the two key characters the children should write about.  The pupils then read their stories to their classmates – everyone was very impressed with the style of writing and language used and the girls came away feeling totally inspired!  They enjoyed buying copies of the Edwin Spencer books, which Julie kindly signed for them. 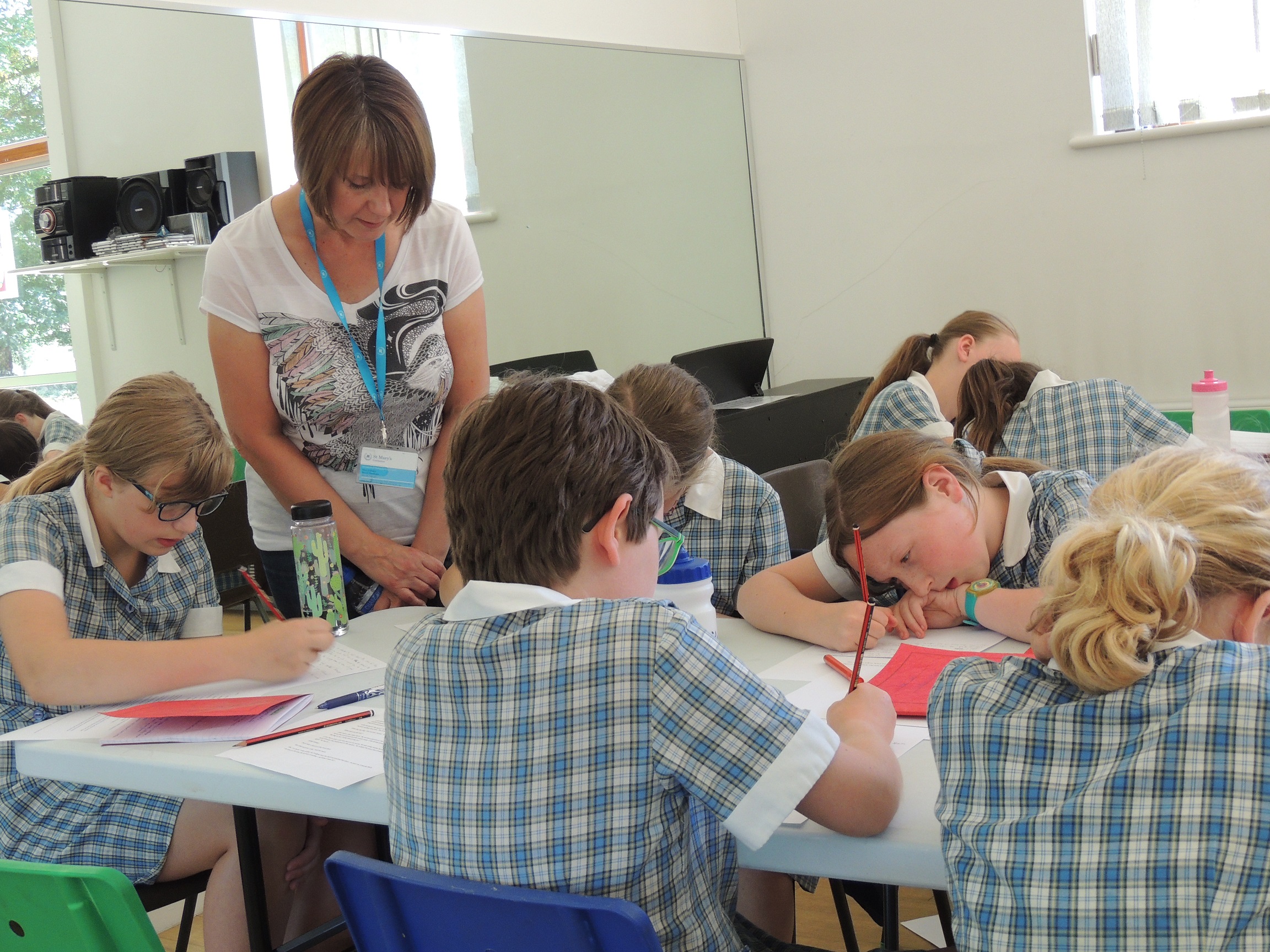 Julie Irwin shared with the groups that she enjoyed writing from an early age but that it wasn’t until she was in her twenties that she tried to write a whole book. She began writing for adults for many years without getting published, and finally tried writing for children. She soon discovered it was much more fun, and since then hasn’t wanted to write anything else! Her first Edwin Spencer book was released in 2011, with the next two in the series following in quick succession.