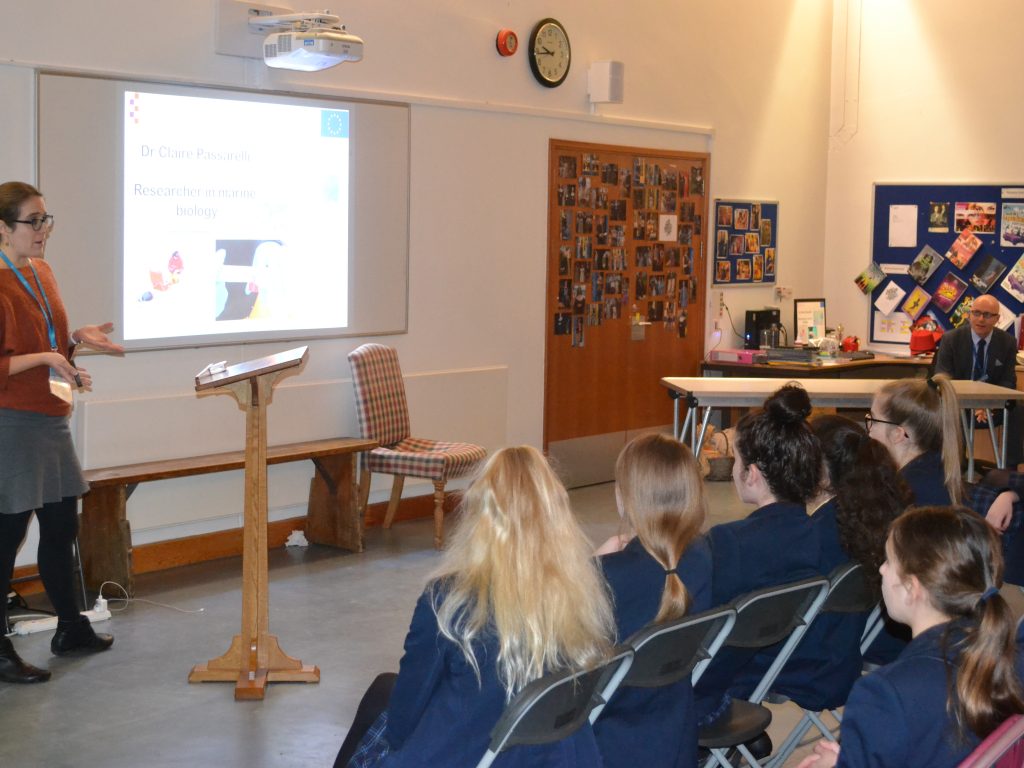 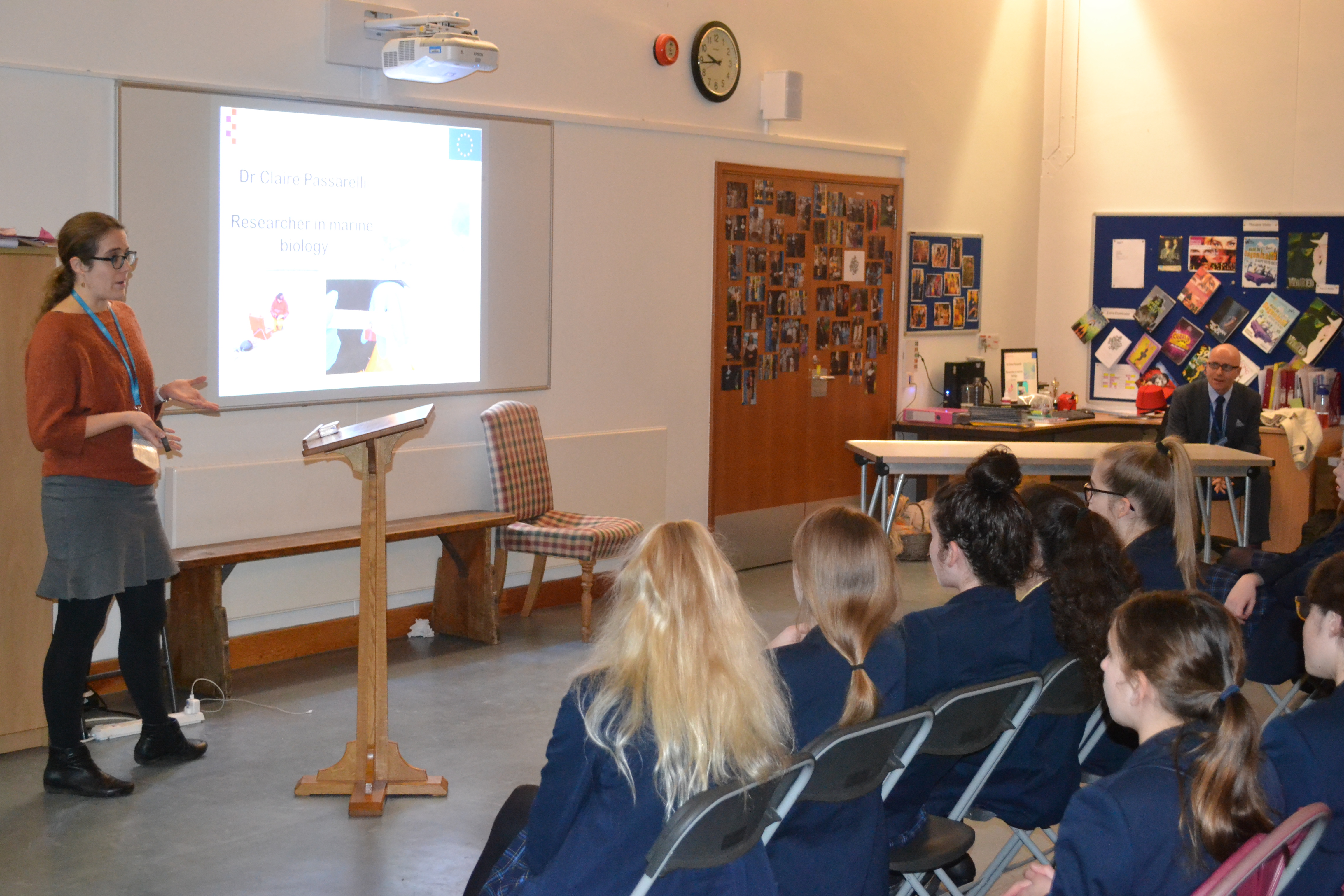 Year 9 were enthralled by the first of our Science, Technology, Engineering and Mathematics (STEM) Ambassador visits on Tuesday 23 January.  Mr Barry Pettican, a chartered electrical engineer and Dr Claire Passarelli, researcher studying Marine Ecology at the University of Essex spoke to the whole year group and gave a real insight into their careers involving STEM subjects.

Mr Pettican explained all about the radar work he undertook for the M.O.D. and his involvement in the design of air-to-air missiles for Royal Navy Frigates.  He described how he went to start up his own company working on renewable energy technology.  Mr Pettican talked about the many countries he had worked in including South Korea and gave students a hint of the kind of salaries they could expect as engineers of the highest calibre!

Dr Passarelli spoke about her love for marine biology and described in great detail about the different research projects she has worked on including published articles.  These included field trips to international sites such as Brazil to study the effects of CO2 emissions in the Amazon River, Japan to research interactions between ecosystem engineers in Japanese coral reefs and France looking at ecosystem engineering in coastal habitats.

Rosie in Year 10, joined the group as she has a particular interest in studying marine biology – she quizzed Dr Passarelli about the routes available to get in to this profession and came away even more enthused on the subject!

Mr Vieito, Head of Science said “We are very grateful to Mr Pettican and Dr Passarelli for delivering such positive, thought-provoking talks to our students.  I’m sure they have provided inspiration to our future scientists and engineers to consider marine biology and engineering as possible career routes”.