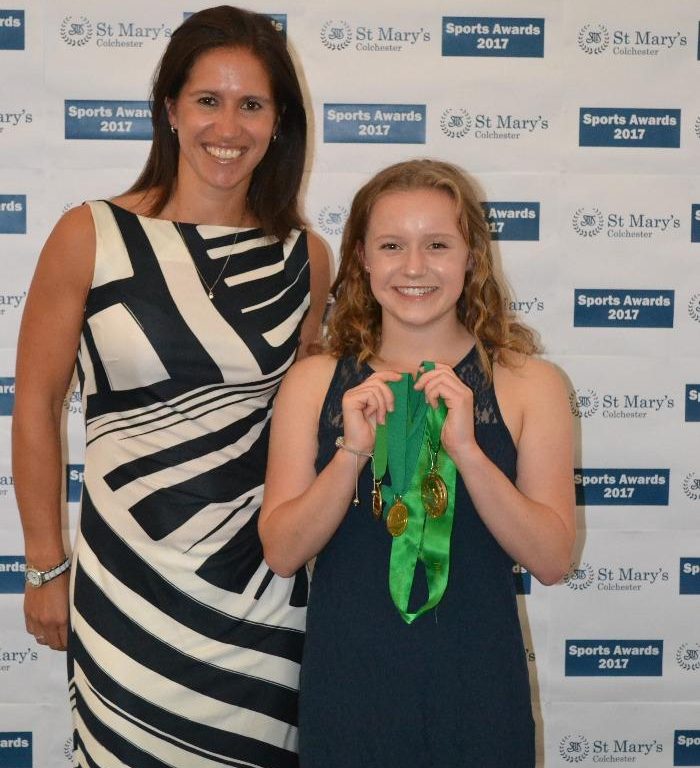 Never give up and always work hard to achieve your goals was the message to students of St Mary’s when Olympic kayaker Anna Hemmings MBE spoke at the school’s annual Sports Awards Evening on 11 July.

Anna, the UK’s most successful British marathon kayaker, twice an Olympian and six times a world champion, gave an inspiring and humorous speech about the highs and lows on her journey to the pinnacle of her sport.

“Talent gets you so far, hard work gets you the rest of the way,” she told girls aged nine to 15 at the event, which recognised the year’s sporting success of teams and individuals at the school.

The coaches of the school’s sports teams and year groups then gave a round-up of the year’s sporting events, and awards were presented to students for achievement in competitions and fixtures as well as PE lessons, in categories including Team Spirit, Players’ Player, Team of the Year and Sports Personality of the Year. 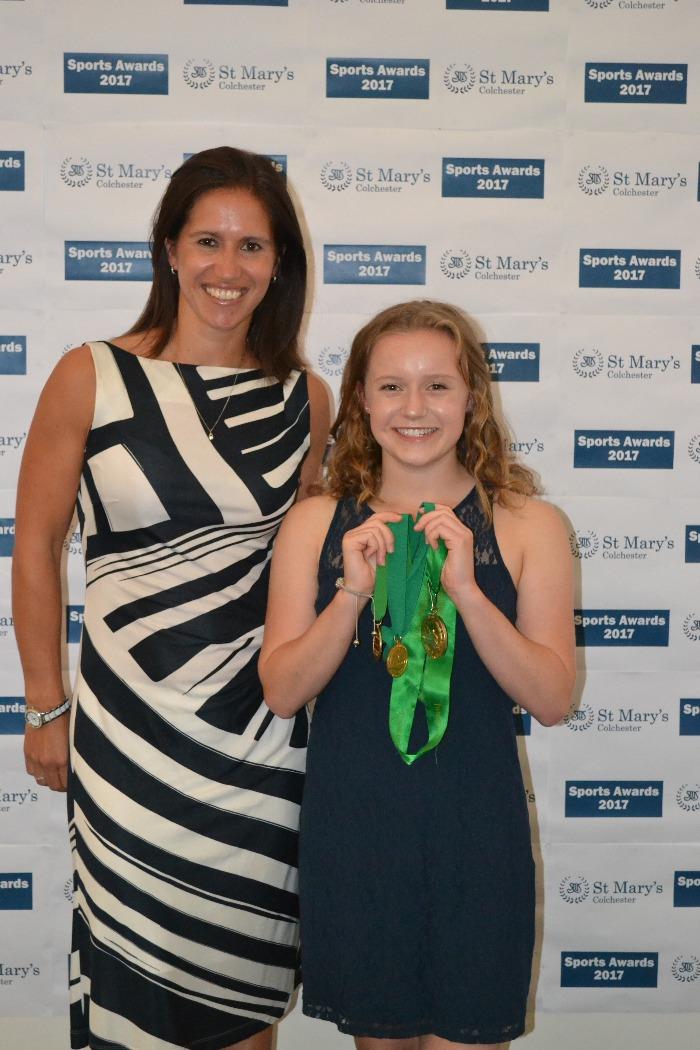