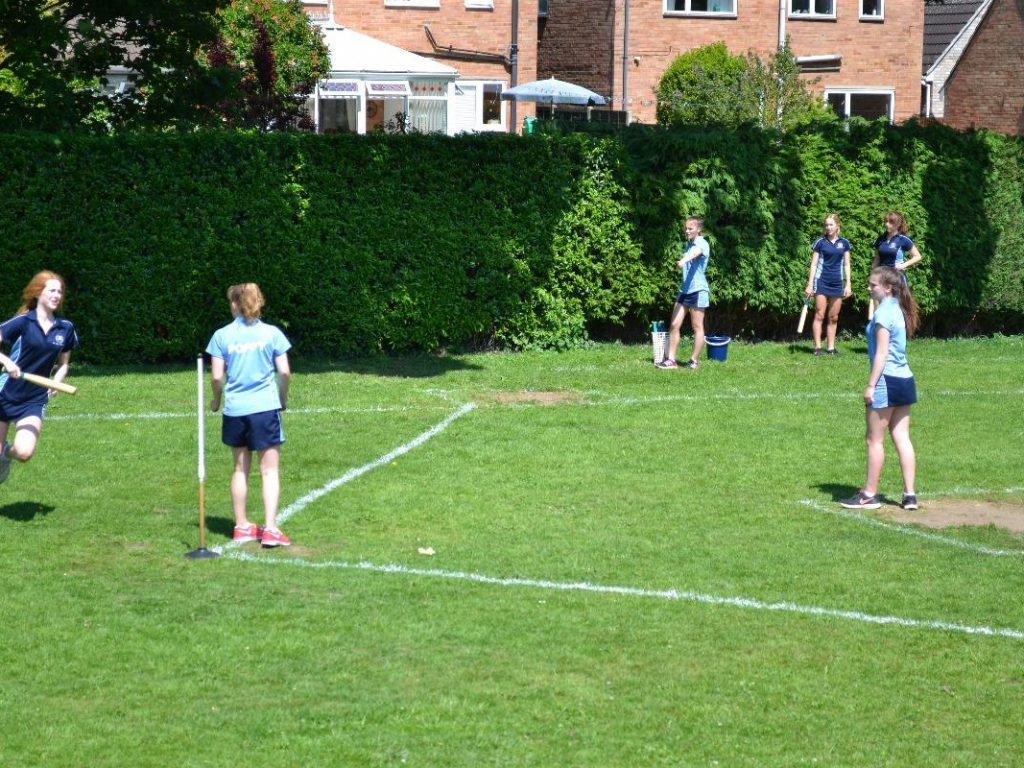 On Tuesday 13 June the Year 7s played in the second round of the District Central Venue competition. The girls were very keen to play and to continue this round as they finished the last round – with a win! Which they did, with a 5½-2 victory over TLA. The next couple of games were much tighter, and resulted in a 3½-3½ draw against St Helena and a 6-5½ win over Philip Morant School. The girls improved throughout, not only in their batting, but also in their team work in the field.

Also on 13 June the Year 9 players took on Colchester County High School for Girls in what was a truly enthusiastic match. The team worked well together and supported one another throughout the game, but were unable to match some big hitters in the first innings.  As a result, CCHSG took an early lead in the first innings of 7½-1.  In the second innings, despite a great catch and some good rounders scored, the St Mary’s team was defeated 16-5.

The Year 10s played St Helena on 14 June, and came out fighting from the first ball. Some big hits, great catches and excellent fielding led to an early lead of 7-1½.  More of the same teamwork led to an overall victory of 14½-4.

On 15 June the Year 8s competed in their District Tournament. They started strongly with some good hitting to beat St Benedict’s 8-4, however, in their next game they came across Thurstable School, who had a team full of good hitters. Despite some great fielding by St Mary’s, Thurstable beat us 8½-3. This unfortunately affected their next game against Philip Morant School, where the girls took too many risks in their batting in an attempt to score half-rounders and as a result ended up losing 4½-7. Knowing they wouldn’t make it through to the semi-finals, the girls were motivated to finish on a positive and the team pulled together to come away with a 6½-4 win over Colchester Academy.

Congratulations to all of the teams, who worked hard throughout some very hot evenings!