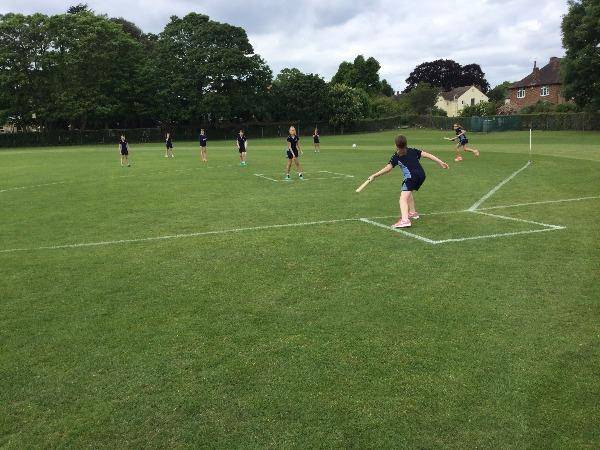 Rounders teams from all year groups in school have been in action.

On 23 May, the Year 10s played their first league match, against The Gilberd School, so it took them a while to get into the swing of things. With only a few balls left, they found themselves trailing, but a final push eventually secured the win, 10-9.5.

On the same day, the Year 7s played in the first round of the Central Venue competition, held at Thurstable School. They met Colchester County High School for Girls in their first match and, despite some good fielding, were unable to cope with some very big hitters and lost 1½-7. They then took on Stanway School and, although our hitting improved, some superb fielding from Stanway prevented us from scoring the rounders and we lost 6½-1 ½. The girls were determined to finish on a win in their final match, against Thurstable. This was a much tighter game and St Mary’s were the eventual winners 5–4. Well done to all the players.

In a very relaxed friendly match for the Years 10s against Thomas Lord Audley School on 24 May, our girls managed to get all of their opponents out in the first innings! Some great batting and tight fielding meant that we won 20½-5½. The Year 9s had a harder task and lost 7-11½.

As usual, excellent team spirit on display at all times by St Mary’s sportswomen.